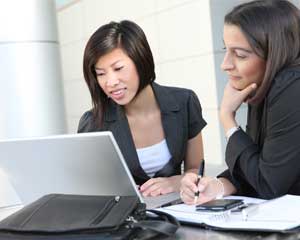 InMobi’s research team just recently unveiled the results of its comprehensive global Mobile Media Consumption Survey and announced as a key finding that mobile web users across the globe now spend more time on their mobile devices than on television, which recognizes the increasing impact of mobile advertising on consumer purchase behaviour.

The first of a series of research reports, planned to cover 18 countries on an on-going basis, focuses on consumers who use mobile web services, either through a browser or application and includes all types of mobile devices such as smartphone, advanced phones, tablets, etc.inMobi makes an effort to provide an on-going view of details including: media consumption by channel, time of use, activities conducted via mobile, mobile’s impact on purchase decisions, etc.

“Mobile devices are redefining the media landscape across the world. As we move into 2012, we will continue to see these trends rapidly accelerate as consumers rely ever more heavily on their mobile device. While the opportunities to exploit mobile media remain strong, the stakeholders across the industry will be confronted with ongoing questions and challenges which need to be addressed in order to meet the growing expectations of the customer”, Naveen Tewari, CEO, InMobi stated.

Key highlights of the survey include:

Some key findings for the Singaporean market research include:

Commenting on the Singapore findings, PhalgunRaju, Regional Director and General Manager - Southeast Asia, Hong Kong and Taiwan for InMobi said, “Growth in Singaporean mobile use in the coming year is likely to come from entertainment, e-mail and social media. Apps are becoming an important source of content with 47 percent respondents choosing them as their favorite mode of receiving content. What is interesting to note is that increased mobile web usage is adding to the total daily media consumption and growing the pie. This is largely due to the always on, always available nature of the mobile medium allowing consumers to stay online, connected and informed on the go. There is an opportunity for advertisers to leverage this quality of the medium to significantly increase the impact of their existing advertising efforts.”

InMobi recruited respondents via its global mobile ad network between September and November, 2011, and used Decision Fuel’s and On Device Research’s mobile web platforms to collect a representative sample, including a full range of smartphone & feature phone users. The sample was weighted according to available mobile web demographics and included 20,000 mobile consumers in 18 markets across all continents.

According to Tewari the results of their survey showcases the ways in which mobile devices are revolutionizing the media landscape in every corner of the world.

FOR MORE INFORMATION check out the video summary: