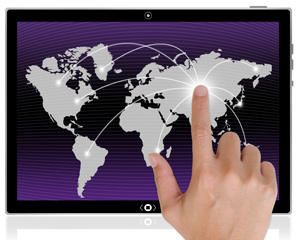 Consumers and enterprises have embraced tablets in large numbers for everything from web browsing and social networking to mission-critical business applications that increase employee productivity and drive revenue. 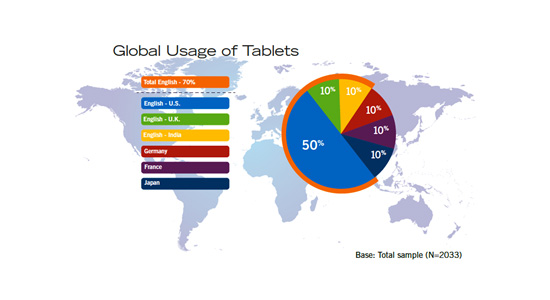 So what are end users’ expectations when it comes to the web experience on tablets?

To find out, Compuware commissioned the first global survey of tablet users’ web performance expectations. The study surveyed over more than 2,000 end users across North America, Europe and Asia who accessed the Internet on their tablet in the past six months.

Compuware’s global survey titled “Engaging the Tablet User: What They Expect from Websites,” revealed that tablet users expect websites and transactions to work flawlessly and tablets to perform as fast, or faster, than a laptop or desktop computer at home. User expectations have been shaped in part by years of using powerful PCs to access fast websites delivered by Internet leaders like Amazon and Google. Four out of ten global tablet users have experienced a problem when accessing websites. Among those that experienced a problem, two-thirds reported slow load times, and more than four out of ten experienced website crashes or problems with website functions. But the most interesting result the report states is the fact that tablet users globally have high expectations for web experiences and a third are less likely to make purchases online from companies that don’t meet those expectations.

Key findings of the survey Include: 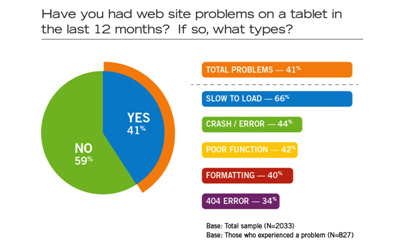 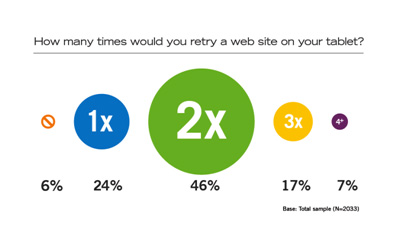 “Consumers and enterprises have embraced tablets in large numbers for everything from web browsing and social networking to key business applications that increase employee productivity and drive revenue,” said Steve Tack, CTO of Compuware APM. “However, based on the survey results, companies are not meeting tablet users’ web experience expectations. Tablet users represent a coveted audience that in general tends to spend more per order, so organizations that ignore tablet users do so at their own peril.”

Industry analyst firm Yankee Group expects tablet sales to reach 250 million worldwide by 2015. Certain is that the tablet growth is expected to continue with major new players such as Amazon, Samsung and Google/Motorola entering the fray.

But it’s not only retailers that see the benefits of growing tablet adoption. Actually for all organizations that depend on the web to drive business, tablets represent an important new channel for customer engagement.

The survey, entitled “What Users Want from Mobile”, includes the following key finding:

Shum Mew Toong, Regional Director, Compuware ASEAN said that the study has been a follow up to the company’s global study. Interestingly, as described above, the results have been quite similar, which just confirms that mobile users want fast and reliable mobile web and application experiences, wherever they are from. Unfortunately it is not what they’re receiving right now, so that the poor performance is preventing many companies from taking advantage of the opportunities being provided by increased mobile access.To read the full survey findings, please go to http://ow.ly/9Bi1Z