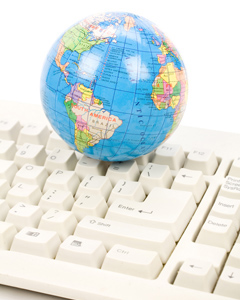 IT security is never far from CIOs and CXOs minds and marketers too have to take this into consideration. Helping us keep an eye here, MessageLabs/Symantec Hosted Services shares its views on what will be hot this year in the ever-important and vibrant security scene.

Antivirus is Not Enough – With the rise of polymorphic threats and the explosion of unique malware variants in 2009, the industry is quickly realizing that traditional approaches to antivirus, both file signatures and heuristic/behavioral capabilities, are not enough to protect against today’s threats. We have reached an inflection point where new malicious programs are actually being created at a higher rate than good programs. As such, we have also reached a point where it no longer makes sense to focus solely on analyzing malware. Instead, approaches to security that look to ways to include all software files, such as reputation-based security, will become key in 2010.

Social Engineering as the Primary Attack Vector – More and more, attackers are going directly after the end user and attempting to trick them into downloading malware or divulging sensitive information under the auspice that they are doing something perfectly innocent. Social engineering’s popularity is at least in part spurred by the fact that what operating system and Web browser rests on a user’s computer is largely irrelevant, as it is the actual user being targeted, not necessarily vulnerabilities on the machine. Social engineering is already one of the primary attack vectors being used today, and Symantec estimates that the number of attempted attacks using social engineering techniques is sure to increase in 2010.

Rogue Security Software Vendors Escalate Their Efforts – In 2010, expect to see the propagators of rogue security software scams take their efforts to the next level, even by hijacking users’ computers, rendering them useless and holding them for ransom. A less drastic next step, however, would be software that is not explicitly malicious, but dubious at best. For example, Symantec has already observed some rogue antivirus vendors selling rebranded copies of free third-party antivirus software as their own offerings. In these cases, users are technically getting the antivirus software that they pay for, but the reality is that this same software can actually be downloaded for free elsewhere.

Social Networking Third-Party Applications Will be the Target of Fraud – With the popularity of social networking sites poised for another year of unprecedented growth, expect to see fraud being leveraged against site users to grow. In the same vein, expect owners of these sites to create more proactive measures to address these threats. As this occurs, and as these sites more readily provide third-party developer access to their APIs, attackers will likely turn to vulnerabilities in third-party applications for users’ social networking accounts, just as we have seen attackers leverage browser plug-ins more as Web browsers themselves become more secure.

Windows 7 Will Come into the Cross-Hairs of Attackers – Microsoft has already released the first security patches for the new operating system. As long as humans are programming computer code, flaws will be introduced, no matter how thorough pre-release testing is, and the more complex the code, the more likely that undiscovered vulnerabilities exist. Microsoft’s new operating system is no exception, and as Windows 7 hits the pavement and gains traction in 2010, attackers will undoubtedly find ways to exploit its users.

Fast Flux Botnets Increase – Fast flux is a technique used by some botnets, such as the Storm botnet, to hide phishing and malicious Web sites behind an ever-changing network of compromised hosts acting as proxies. Using a combination of peer-to-peer networking, distributed command and control, web-based load balancing and proxy redirection, it makes it difficult to trace the botnets’ original geo-location. As industry counter measures continue to reduce the effectiveness of traditional botnets, expect to see more using this technique being used to carry out attacks.

URL Shortening Services Become the Phisher’s Best Friend – Because users often have no idea where a shortened URL is actually sending them, phishers are able to disguise links that the average security conscious user might think twice about clicking on. Symantec is already seeing a trend toward using this tactic to distribute misleading applications and we expect much more to come. Also, in an attempt to evade antispam filters through obfuscation, expect spammers to leverage shortened URLs shorteners to carry out their own evil deeds.

Mac and Mobile Malware Will Increase – The number of attacks designed to exploit a certain operating system or platform is directly related to that platform’s market share, as malware authors are out to make money and always want the biggest bang for their buck. In 2009, we saw Macs and smartphones targeted more by malware authors, for example the Sexy Space botnet aimed at the Symbian mobile device operating system and the OSX.Iservice Trojan targeting Mac users. As Mac and smartphones continue to increase in popularity in 2010, more attackers will devote time to creating malware to exploit these devices.

Spammers’ Breaking the Rules – as the economy continues to suffer and more people seek to take advantage of the loose restrictions of the CAN SPAM Act, we’ll see more organizations selling unauthorized e-mail address lists and more less-than-legitimate marketers spamming those lists.

As Spammers Adapt, Spam Volumes Will Continue to Fluctuate – Since 2007, spam has increased on average by 15 percent. While this significant growth in spam e-mail may not be sustainable in the long term, it is clear that spammers are not yet willing to give up as long an economic motive is present. Spam volumes will continue to fluctuate in 2010 as spammers continue to adapt to the sophistication of security software, the intervention of responsible ISPs and government agencies across the globe.

Specialized Malware – Highly specialized malware was uncovered in 2009 that was aimed at exploiting certain ATMs, indicating a degree of insider knowledge about their operation and how they could be exploited. Expect this trend to continue in 2010, including the possibility of malware targeting electronic voting systems, both those used in political elections and public telephone voting, such as that connected with reality television shows and competitions.

CAPTCHA Technology Will Improve – As this happens and spammers have a more difficult time breaking CAPTCHA codes through automated processes, spammers in emerging economies will devise a means to use real people to manually generate new accounts for spamming, thereby attempting to bypass the improved technology. Symantec estimates that the individuals employed to manually create these accounts will be paid less than 10 percent of the cost to the spammers, with the account-farmers charging $30-40 per 1,000 accounts.

Instant Messaging Spam – As cybercriminals exploit new ways to bypass CAPTCHA technologies, instant messenger (IM) attacks will grow in popularity. IM threats will largely be comprised of unsolicited spam messages containing malicious links, especially attacks aimed at compromising legitimate IM accounts. By the end of 2010, Symantec predicts that one in 300 IM messages will contain a URL. Also, in 2010, Symantec predicts that overall, one in 12 hyperlinks will be linked to a domain known to be used for hosting malware. Thus, one in 12 hyperlinks appearing in IM messages will contain a domain that has been considered suspicious or malicious. In mid 2009, that level was 1 in 78 hyperlinks.

Non-English Spam Will Increase – As broadband connection penetration continues to grow across the globe, particularly in developing economies, spam in non-English speaking countries will increase.