Trends that keep the ‘wheel of retailing’ rolling 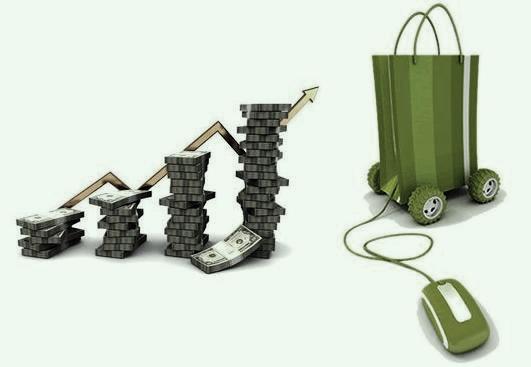 Moving from bricks and mortar to clicks and mortar seems to be the new normal in retail, making clear that trading is in a rapid evolution. Click and mortar is a business model by which a company integrates both offline and online presences, such as allowing the customer to order products either online or physically in one of the stores and to either pick-up their order directly at a local branch of the store or get it delivered to their home.

There are actually many alternative combinations of this model: Typically, it is used by traditional retailers who have extensive logistics and supply chains, but are well known and often respected for their traditional physical presence. Part of the reason for its success is that it is far easier for a traditional retailer to establish an online presence than it is for a start-up company to employ a successful purely online shop, or for an online only retailer to establish a traditional presence, including a strong and well recognised brand, without having a large marketing budget.

Fact is that the success of the model has lessened the credibility of some analysts who argued that the Internet would render traditional retailers obsolete through disintermediation. But it is not only the topic of e-commerce that turns trade upside down, as many other trends will have an impact, keeping the “wheel of retailing” running over the next few years:

On one hand, the buyers are subjected to a rapid change of patterns of thought and they have to face an ever increasing range of offers. However, only the business models that fit to selected buyers will continue to have success. There is no need to point out that we will deal more and more with multi-channel offerings and business models.

Using instead of owning

Sharing is a new trend among consumers: It’s not important to own everything, but to have access to the products and use them is henceforth increasingly in demand. Car-sharing, music downloads, etc. are just different sides of the same coin, just as more and more commercial financial services offer customers sales financing, rental, leasing, etc.

We are currently in the age of digitization of information, which means that business processes get more and more digitized and controlled by doing e-business. The big consequence, however, is that sales and purchase orders get digitized as well, enabling e-commerce to arise via the Internet.

E-commerce is currently the biggest challenge in the retail world: Honesty, convenience, more choices at lower prices are what drive the customers more and more to the e-shops. Thus, traders that do not recognize the trend are at risk to vanish into thin air.

Be assured that the digitization will continue and probably even gain momentum. If so far it was about the digitization of information, it is by now even about the digitization of production in the future. Today, digital books and digital music are sold prevalently, rather than CDs and printed books. In future, by means of so-called 3D printers, items can be produced based on laser technology, sintering technology, etc., so that plastic toys, egg cups, teaspoons or similar things won’t necessarily have to be produced in China, but manufactured either by retailers or directly at the consumers’ homes, enabled by the sales of software licenses and three-dimensional printing machines. Logically, the production will change, as well as the logistics, and the trade industry will be hugely affected as a whole.

Location-based services are the winners

Of course, what I mentioned so far is just a small selection of the currently identifiable commercial trends in the retail industry that keep the “wheel of retailing” rolling over the next few years. Besides that, there are many other contributing developments, such as mobile commerce and couponing, RFID usage and contactless payment; or emotional-, lifestyle-, and experimental commerce to name a few.

So, to no surprise global ecommerce sales are expected to top $1.2 trillion this year. The Asia Pacific region will even contribute the most new dollars to business-to-consumer (B2C) ecommerce sales (23%) in the region, with sales in China and Indonesia growing particularly fast, up 65% and 71%, respectively, according to eMarketer. This growth is supported by an estimated 1.03 billion digital buyers around the world in 2013, with 44.4% coming from Asia Pacific, still with significant room for growth, though. In fact, penetration will reach 44.6% of internet users this year In Asia Pacific, and is expected to climb to 54.2% by 2017, keeping the wheel of retail steadily rolling.