Gen Ys are Driving the Change in Workplaces 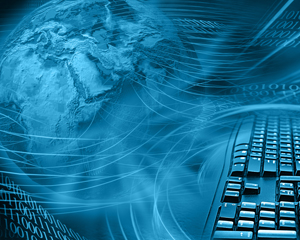 Gen Ys are changing the way in which Singaporean companies communicate and share information, reveals a new survey from PGi (Premiere Global).

Three in four Singaporean workers (75%) point to the fact that Gen Ys are at the heart of this change, with the introduction of more online business tools such as social networking, video conferencing and web conferencing and instant messaging.

The survey, commissioned by PGi in June 2010, asked a total of 1,000 full-time office workers in Singapore, Hong Kong and Australia about the current state of their workplace – such as which generation is driving change, and what specific changes they see taking place now and in the future.

When asked about the types of tools Gen Y’s have helped to introduce into the workplace, instant messaging (such as MSN and Yahoo!) topped the list for most Singaporeans, with 75 percent saying that it is now being used as a business tool.  Thanks to Gen Ys, 64 percent agreed that it is now acceptable for social networking sites such as Facebook, Twitter or LinkedIn to be used in office environment.  58 percent also said that Gen Ys had helped to introduce video and web conferencing to the office environment. 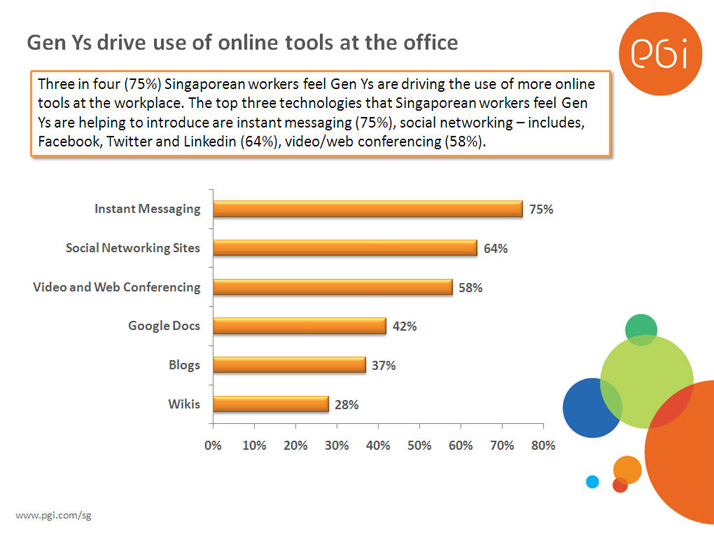 Joanne Rigby, Asia-Pacific marketing director at PGi, said, “It’s positive to see that companies in Singapore are realising the benefits of adopting online tools such as Facebook and instant messaging for their business communications, something that only a few years ago may have been frowned upon.  It’s clear that Gen Ys are helping to drive this adoption, and organisations are not only listening to the younger generation, but recognise the opportunities and benefits these tools can offer”.

Although there is an abundance of positive change, the survey identified a potential ‘workplace generation gap’ – defined as a lack of awareness of how different generations of employees prefer to work.  This could be a key stumbling block in further adoption of online tools.  Of the 61 percent who agreed that there is a generational divide in their office, 76 percent felt that it could undermine the use of online tools.

“Whilst it’s good to see businesses catering to the needs of younger employees, it’s important to not forget the Baby Boomers in the company who didn’t grow up with technologies such as webinars, web conferencing and wikis,” Joanne notes.  “The key lies in having appropriate training and support so that all employees can feel encouraged and use online business tools for their day-to-day work,” Joanne advises.

What is the future of the workplace?

In terms of how the workplace will need to adapt in the future as the next generation of employees enters the workforce, the concept of flexible working resonated strongly amongst Singaporean workers.  ‘Flexible working hours’ (70 percent) and ‘greater training requirements’ (66 percent) were the two highest priorities when workers were asked how their workplaces should adapt. 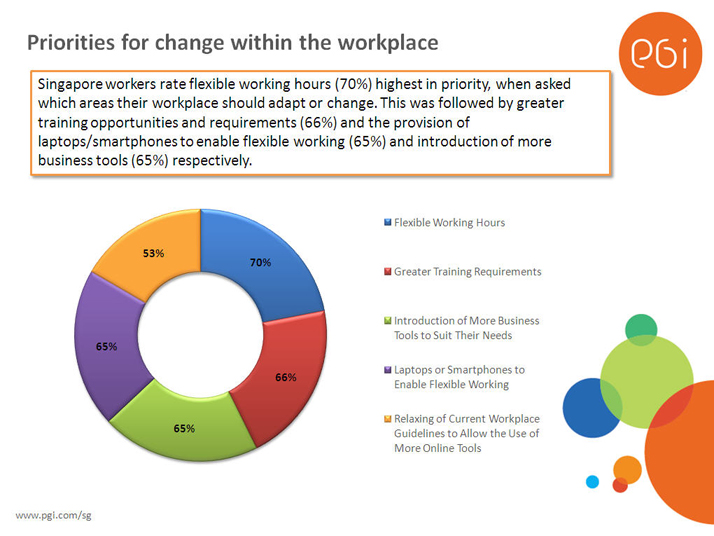 The good news is that Singaporean businesses appear to be on the right track when talking about evolving the workplace to cater to a younger generation of employees.  Nearly 80 percent felt that they were already in that process or will soon be.

“As an increasing number of Gen Ys and indeed Gen Z’s enter the workforce, it will certainly be interesting to see how we measure up in the next few years,” Joanne concludes.