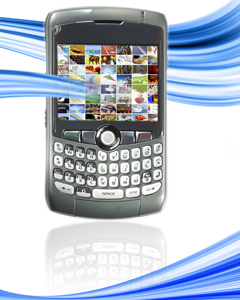 Perhaps one of the most talked about initiatives in the mobile marketing space is mobile advertising.

The mobile device presents a unique opportunity for marketers to engage and interact with consumers like never before.  Given this channel's uniqueness and ability to create the long sought-after one-to-one dialogue with consumers, the expected reach and effect of mobile advertising is, and will continue to be, significant.

Although mobile advertising is being tested in all mobile media areas, including mobile Web, mobile video and TV, and mobile downloads and messaging, the most predominant form is currently mobile Web.

Asia continues to dominate the mobile Web as smartphone usage and content innovation increases. The region boasts of some of the most technologically advanced mobile markets in the world and the growing populations and low PC penetrations in Asia’s developing countries further adds to its potential.

Mobile Web (or WAP) enables a subscriber to access the Internet through mobile-optimized sites from a mobile device.  Mobile Web provides access to a variety of news, information, and entertainment sites, much like what subscribers find in the wired world.  For publishers, the mobile Web environment provides an opportunity for brands to extend their reach to consumers through a highly targeted personal device.

There are many applications consumers can use via the mobile Web. But how, as a brand, do you participate in and measure success from a WAP-based ad campaign?  Measuring a mobile Web campaign's effectiveness is done in a similar way to measuring an Internet campaign's success.  Key terms to know include:

Once you've bought mobile Web inventory, what types of campaigns can be run?  Options marketers can deploy/include: click to call, landing page information, e-mail capture, and the ability to send text, picture, audio, or video directly from the device.  They can include mobile coupons, banner ads with location information, ads with e-mail registration capabilities, and so on.  The options are limitless.

The good thing about the mobile Web is it's so much like online that brands and consumers find it easy to make the connection. The simplicity of mobile Web will also help to drive overall adoption.  What types of campaigns can be deployed using mobile Web and mobile Web advertising?  Here are a few recent examples of mobile Web campaigns:

Background: The +10 Global Challenge saw footballers from around the world forming their own ‘star’ teams of everyday footballers, recruited from the streets in order to compete against each other.  The high profile footballers featured included England stars David Beckham, Frank Lampard and Ashley Cole, French players Djibril Cisse and Zinédine Zidane, and German Michael Ballack to name a few.  The +10 campaign was linked to the launch of the limited edition ‘+F50 Tunit’ football shoe.  In Hong Kong, where there was no local celebrity footballer to front the promotion, activities centred on two local personalities, local pop singer Edmond Leung and Sammy, a popular DJ from Commercial Radio 2, who needed to select their teams from an eager public for a playoff.

The objective of the proposed campaign was to create a fully branded mobile Internet experience for fans which promoted both the +10 challenge and the +F50 Tunit shoe by encouraging football fans to sign up for the +10 challenge using the mobile channel.

Solution: The Hyperfactory, in partnership with interactive agency, Rice5, created an exclusive fully branded WAP site to support the campaign.  The made-for-mobile features contained on the site included the MTV-produced videos of the adidas football stars finding their players and playing the game, videos and information about the local +10 Challenge, 3D animation of the Tunit shoe and exclusive wallpaper downloads.  The local information was specifically tailored to the user.  Having selected their preferred position on the team, the user was shown the appropriate recruitment video. The user then chose which team to play for, and in what position, and entered their name, e-mail address and phone number.

The most frequent visitors received adidas merchandise such as key chains and mascots.  Registrants for the actual event were entered into a prize draw to win a pair of the limited edition Tunit shoes and all those chosen to participate in the game received football jerseys.  The winning team also received a cash prize.

Results: The site was in operation for three weeks and in this time, the site received well over 83,000 visits from more than 24,500 unique users.

Background: For the launch of their game, Resistance 2, Sony PlayStation worked with the agency Deutsch to create a mobile campaign to engage their audience of males in the 18-24 age group. PlayStation had an integrated media strategy to promote the game and added mobile to their advertising strategy during the final planning stages.  PlayStation decided to try mobile for the first time because they could reach their audience at a larger scale with an engaging, highly measurable, and cost-effective campaign.

Solution: AdMob ran a highly targeted campaign featuring banners and text link ads for the mobile Web.  In addition to selecting a demographic site bundle to reach the target, AdMob layered on device level targeting including traffic from the wireless Internet enabled PlayStation Portable (PSP).  When users clicked through to the mobile site, they found a robust suite of pages with content related to the game.  In addition to being able to watch a video preview of the game, users could read the story of the game and answer trivia questions based on the story to unlock additional content such as wallpaper downloads.

Mobile advertising is only one of many options available to marketers interested in implementing mobile in cross-media initiatives.  Mobile provides the opportunity to not only repurpose existing content for the mobile device but also to create new channel content.  There's always the option to refine a campaign after it's been deployed.  I encourage marketers to get involved and add mobile to cross-media initiatives.  Start today!