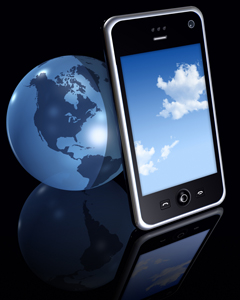 The PC has been innovating and dominating the IT world these past 20 years, but now it’s time seems to be over.

The new driving force is a smaller counterpart – the Smartphone - as Microsoft has seemed to confirm with Windows Phone 7.

Despite Microsoft’s big efforts, Apple iOS and Google Android are now the new platforms for innovation, with the mobile phone replacing the PC as the must have tool for information workers. Indeed, the mobile "apps" business is now the place to be for software development companies, and Microsoft has yet to make any real or significant impact in this market.

Plans for the launch of their mobile device are already in the making, which intend to shake up the Smartphone market with a big bang.

Right now, Microsoft is just sharing some insights into their ad campaign for Windows Phone 7 that aims to make some space for them in the increasingly crowded Smartphone market.  Interestingly, to get attention, Microsoft is taking a different approach than their competitors.  Instead of focusing on how much time users can spend downloading apps or playing around with games and settings on their phones, Microsoft is planning to highlight the reverse scenario.  They want to convince their potential customers by showing them that they can spend less time trying to find the information they want on their Windows Phone 7 devices, and get back to their “real life” more quickly.  Because of the Live Tiles user interface on the phones, Windows Phone 7 users will be able to get information faster and without having to intervene manually as much as they do with other Smartphones.  The campaign’s idea is to glorify less the technology for technology’s sake but to focus instead more on the needs in life for regular users, not “enthusiasts”.

According to Tony Cripps principal analyst of Ovum, there’s a lot at stake on the launch of Windows Phone 7 for Microsoft, its device and operator partners, and for the ecosystem market in general.  As such, the commercial launch of Windows Phone 7 devices by OEMs and carriers looks set to mark the most important watershed in the Smartphone market since the launch of Apple’s first iPhone.

“If Windows Phone 7 devices sell in large numbers, Microsoft will rightfully be able to congratulate itself for starting with a clean sheet of paper in its efforts to return to the Smartphone top table - a  strategy launched by CEO Steve Ballmer in early 2009”, he states.  “If it fails to claw back market share lost to iPhone and Android, then Windows Phone 7 may well mark the point at which Microsoft turns its back on Smartphones forever: targeting its mobile resources at creating compelling services and attracting advertising may prove a better option than beginning again with another mobile operating system, in that instance”, he adds.

Apparently, Windows Phone 7 positioned Microsoft on the edge of a Smartphone renaissance.  Its all-important user experience seems to have brought some genuinely new thinking to the Smartphone industry and after the launch we will see how well it does.

“Microsoft has clearly also borrowed a lot from Apple’s Smartphone toolbox by tying the device and its user experience to some tempting content and application propositions, especially the long-awaited tie up with its impressive Xbox Live service.  This should mark out Windows Phone 7 devices as favourites for committed gamers, although there’s also plenty here for media hungry and web savvy users.  If Microsoft does fail to make the headway we’d expect with Windows Phone 7, it may decide that it’s not worth the time, expense and uncertainty of heading back to the drawing board again", Ovum’s principal analysts believes.