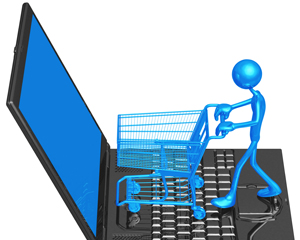 The global recession has affected the way consumers are shopping.

More than ever they are looking for value and as a consequence, they are making further decisions and spending extra time shopping – with Asians leading the way. This was among the key findings in the Global Retail Index, a new study commissioned by Microsoft Advertising and Aegis Media, and undertaken independently by London-based Essential Research.

The study, arguably the most comprehensive retail research of its kind since the global recession, zeroed in on four key retail sectors – groceries, apparel, home electronics, and fast food. It polled 19,000 shoppers across 17 countries in the USA, Asia, Europe and Latin America.  Additionally, ethnographic studies were conducted in six markets representing these regions.

The Rise of the Value Seeker

Most of the respondents (94 – 96%) across all four regions admitted that they were impacted by the recession. The study showed that this has consequently given rise to ‘value seeking’ shopping behaviour, with consumers going to great lengths to find better value buys. Rather than taking a traditional approach when purchasing, post-recession value seekers are now looking for additional information from a variety of sources before they buy - and the main source for their research is the Internet.

Consumers across the globe said they were influenced by various Internet platforms – online and mobile advertising, forums and blogs, expert reviews and ‘something I read’ online – when making purchase decisions.

For consumers in Asia, social networking scored high at the start of the purchase journey – for use in research in all product categories including home electronics (40%), groceries (43%), apparel (40%) and fast food (41%).

“The use of social media including blogs, forums and Microsoft’s social media tools allows consumers in Asia to have discussions with each other about the particular products they are thinking of buying. There’s a level of connectivity and trust in social relationships that plays an important part in the purchase decision cycle. This is more prevalent in Asia than other parts of the world”, said Richard Dunmall, Vice President, Microsoft Advertising Greater Asia Pacific and Americas.

Given the exponential rate of internet users in the Asia-Pacific region (621% growth between 2000 and 2010), and with eMarketer predicting that by 2012, four out of 10 people online will be from Asia compared to two out of 10 from North America, it comes as no surprise that Asians are more reliant on digital media when researching what to buy, compared to their counterparts in other regions.

“Currently there are nearly 800 million Internet users in the Asia Pacific region alone. These users spend more time researching than ever before, and it is apparent that the Internet is playing a pivotal role in their purchase decisions,” added Dunmall.

Compared to the US, Asian consumers outranked their counterparts in using digital media when considering purchases:

This also shows that consumers in Asia are more likely to change their mind on what to buy, when deciding to make a purchase compared to their American counterparts. In Asia, as many as 81% of respondents admitted to changing their mind about what they wanted to purchase after doing research, while 72% said they changed their mind about a purchase when they used a mobile phone in store. Digital media was also found to be an effective post-purchase influencer with 26% of respondents in Asia stating that they would make product recommendations online.

“Technology is rapidly changing consumers’ relationships with brands,” said Nick Waters, CEO of Aegis Media Asia Pacific. “We are now in an inter-connected environment where consumers seek information from a variety of sources regardless of a brand’s involvement.  This makes it tricky for marketers – we need to listen more carefully and more frequently, and be able to adjust our approach in real time. This includes being mobile and social with consumers purchase intention being influenced by comments, experience and entertainment from multiple points on their path to purchase.”

“Shoppers are accessing multiple screens for their purchase information anytime, anywhere on their PC, on the phone and on the web,” said Dunmall. “This opens up more opportunities for marketers to reach consumers at several points along the way to influence their purchase decisions.

Understanding consumers’ online behaviour can help brands re-evaluate how they reach consumers at the right time and in the right way. As an immediate and fluid source of information, digital media is best placed to reach high-value consumers on a personal level,” he added.