Samsung Galaxy Tab – the Real Bellwether for the Tablet Market 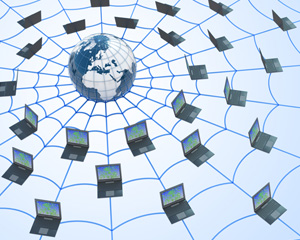 The new device is in essence a scaled-up version of Samsung’s Galaxy S smartphone (as the iPad is to the iPhone/iPod Touch), featuring a seven-inch TFT display. It is perhaps the most credible Android alternative to the iPad launched so far – although an honorable mention must go to the smaller Dell Streak.

Samsung’s credentials as the creator of a true iPad alternative are strong. Along with HTC and Motorola, Samsung has in recent times been among the most successful vendors in taking on Apple in the smartphone desirability stakes, aping Apple both in leaning towards the quality end of the market in terms of hardware and materials and, quite obviously to those who’ve used a Galaxy S, in terms of the overall user experience.

Applying this same thinking to the Galaxy Tab – including adding typical Samsung bells and whistles such as support for the geek-friendly DivX/XviD, Ogg, and FLAC media formats – should therefore provide the basis of a tablet that should be able to compete with the iPad on similar terms. With its little brother the Galaxy S smartphone already selling well (over one million units to date) and demand for the iPad running high (although Apple has not issued any further shipment data since the device passed the three million mark in June), it is not unreasonable to expect the scaled-up version to also ship in significant volume. But will it?

Market demand for tablets is still far from clear

How well the Galaxy Tab sells will tell us a great deal about the likely future development of the still embryonic tablet market. Many questions remain.
For instance, can Android tablets (or other OS tablets such as the heavily rumored “BlackPad” from RIM) help build a bigger market for tablets and/or take market share from Apple as they jointly begin to erode the market for PCs and netbooks as part of a revolution in personal computing? Will high-end versions compete effectively with the iPad or will the presumed mass market be content with low-cost Android tablets? Or has the iPad already corralled the market for a device category that is neither one thing nor the other and which lacks a clear purchasing motivation, except for a dedicated hardcore of Apple aficionados?

Answers to these questions will only really start to be answered later in the year, by which time the Galaxy Tab, Dell Streak, and iPad will have been joined by an array of variations on the tablet theme, by multiple vendors, and right across the price spectrum.

With design and manufacturing of these devices well progressed – and vendor commitment becoming clear – it is now possible to make some educated guesses as to the market shape ahead. For instance, in the initial phase we now expect considerable substitution of netbooks for tablets, but not much impact on the market for dedicated e-readers such as Amazon’s Kindle – at least not in the near term.

These scenarios and insights will be formalized in a new forecast Ovum is developing around such devices for publication during 4Q10. In the meantime, devices such as Samsung’s Galaxy Tab are providing the perfect litmus test for the tablet market’s prospects.

By Tony Cripps, Principal Analyst, Ovum is part of the Datamonitor Group