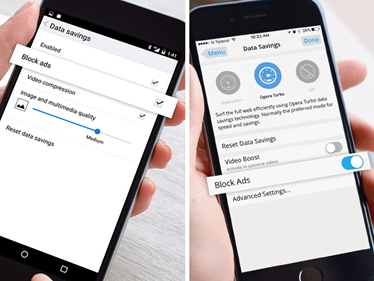 According to a recent report of PageFair, twice as many people are blocking ads on mobile browsers than on desktop browsers worldwide. Now, Opera's new ad blocker launch is adding even more fuel to the flames, and rubs more salt into marketers’ wounds, who hotly discuss how to handle this.

The cause for alarm is definitely given, considering that less than a year ago, PageFair published a widely cited joint report with Adobe, which showed that nearly two hundred million people around the world were using adblocking software on their desktop and laptop computers, but since then, a complex landscape of mobile adblocking has evolved rapidly.

Now Opera's ad blocker is available on all mobile platforms

Advertising has long powered the internet, enabling users to access online content and services free of charge. However, in recent years, some publishers in the advertising ecosystem have become too aggressive with ads leading to a poor user experience, Opera said.

"Users are demanding ad blockers because of the better browsing experience it offers," Nuno Sitima, SVP Mobile Browsers, Opera, explained. Not to mention that it can speed up mobile surfing, skip extra data charges and stretch internet packages even further by blocking in the browser intrusive and data-wasting ads and heavy tracking.

Undeniable, there is growing demand for ad blockers on mobile as PageFair’s recent report confirms, claiming that currently 419 million people are blocking ads on the mobile web, representing 90% growth during 2015.

In addition, Opera’s built-in ad blocker can save users time because they can skip the hassle of finding and installing a third-party ad-blocking app, and the Opera browser for Android update also adds support for web push notifications, a cornerstone of progressive web apps.

App push notifications run inside a mobile browser, but look and function like regular, native apps. Because they are lighter than native apps, they allow for serious storage and data savings, which is seen as a game changer in emerging markets with their lower-end phones and limited data plans.

If a website is a progressive web app, Opera prompts the user to add it to their phone's home screen. 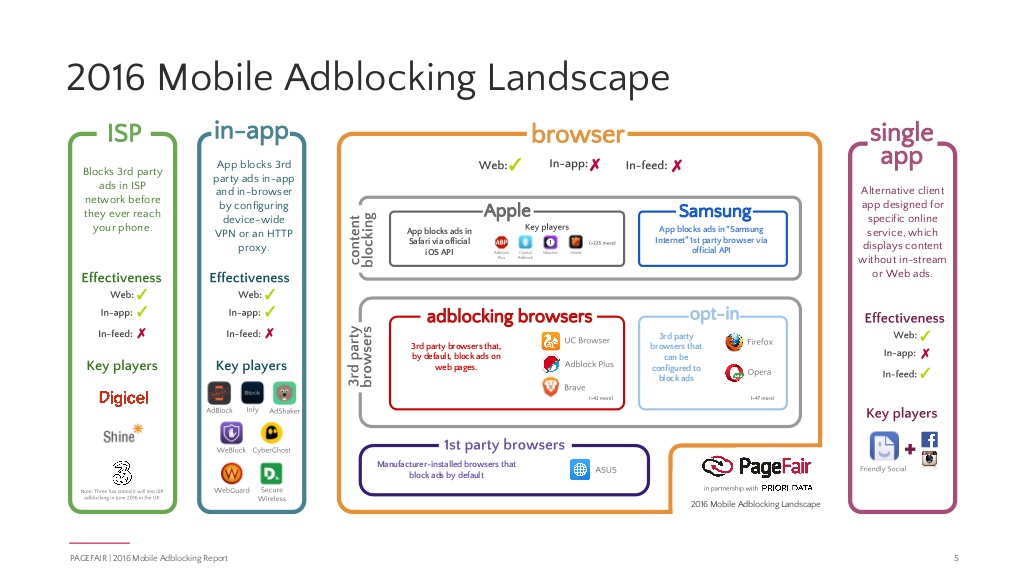 Depending on which side you are standing – advertiser or consumer - the pros and cons of adblocking are pretty clear. There are already many companies, like PageFair or Opera, working on solutions that please both sides. Of course, it is important to address mobile users’ privacy, security and UX concerns, but publishers and marketers have to find a way how they can stay alive with all the consumer protection as well and don’t risk to fall prey to unwarranted adblocking.