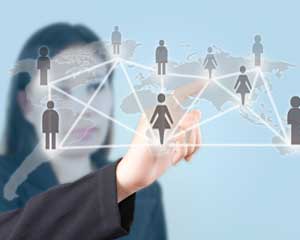 The popularity of Google+ in key Asia-Pacific markets, according to an Experian® Hitwise®, part of Experian Marketing Services, report showed that Singapore captured the highest ranking and share of visits to the platform.

Google+ in Singapore enjoyed a continued rate of adoption, ranking sixth and was the only country that sustained continued growth in visits after the platform launch. The dominance of Google in Singapore, with over 34.48 percent of upstream traffic to Google+ originating from the Google Singapore search engine, strongly drove local popularity.

In India, Google+ also performed strongly achieving 14th place at its peak. The rapid growth of India’s mobile and internet community, its growing economy, as well as the increasing popularity of social media greatly contributed to this ranking.

Despite minimal impact seen on Facebook visits, so far, after the platform launch in all markets, except Hong Kong, Google+ sees key reliance on other Google properties such as Google Search, YouTube and Gmail to direct and refer visitors to their new social platform. (Source: Experian Hitwise)