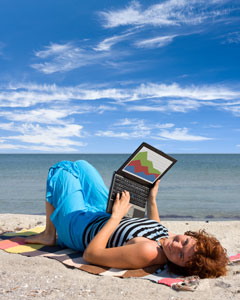 Social networks have recently proven themselves enormously popular, and Twitter is no exception to this rule: One of its key aspects is the possibility to use it to keep in touch with friends, see what they're up to and let them know what you are thinking, or letting them comment on your messages.

The difference to sites like Facebook however is that with Twitter, users can see the messages of millions of people who aren't acquainted with each other, and if they find their tweets (messages) interesting, they can follow them in order to read their future updates. This way, users can use Twitter not only to connect to friends, but also to make new ones based on their interests.

The speed is another point which clearly differentiates Twitter from other sites like MySpace: While MySpace shows its users an entire, colorful and personalized profile of each person where they have to scroll through many messages to find something relevant, Twitter omits the complexity. There's just one feature: written 140 character messages. This enables users to get a fast update on their friend's lives because they don't have to read entire paragraphs or blog posts. In addition to this, every user's own update is just a text message without the need of adding fancy photographs or other unimportant and time-consuming gimmicks.

As text messages can contain (mostly shortened) links to whatever website a user wants, users can use Twitter to promote themselves, their writing, their product or their company. Many professional users register with Twitter to get more visits to their company's page or to update people about current activities and developments. Newspapers likewise, use the service for breaking news, while celebrities in order to give their fans a possibility to follow them ever more closely, often without consulting their publicists, which adds even more value to their posts.

Finally, Twitter may be one of many different microblogging services, but it certainly is the one with the most public exposure and thus the most users and the most third-party-applications. Whatever operating system a user may be using, there's a Twitter app for it. Even on the go users are offered many applications like PocketTweets for the Apple iPhone or just plain old SMS-message updating which can be used with any mobile phone.

According to Twitter's site, the service was originally released for beta testing in March 2006. Twitter was then launched to the public in August of 2006 by a small group of software engineers in San Francisco, CA. After an initial testing period in which the system's concept showed itself immensely popular among the closed community, its founders decided to open the service up, and in May 2007, Twitter Incorporated was founded. Since then, there has been no looking back for this social networking tool.

Implementing a cross between social networking and blogging called micro-blogging, Twitter has become a phenomenon around the globe. From statistics listed in a Nielson Online report, the site has vaulted ahead of the Business Networking site LinkedIn to be mentioned in the same breath as industry giants Facebook and Blogger. In April 2008, 7.9 Million minutes were spent on Twitter. In April 2009, that amount ballooned to just under 300 Million minutes.

Twitter provides a simple service to stay connected with a network of contacts. Through this one portal, you can send messages up to 140 characters to a number of contacts via email or text. The brevity of the message lends itself to quick updates and witty comments. Messages sent through the service are referred to as "tweets".

Twitter has been used by numerous news and political sources including the BBC and The New York Times. Even celebrities have jumped onto the bandwagon. According to the site CelebrityTweet, which tracks and reports all celebrity tweets, there are nearly 400 recognized celebrities utilizing the service. These include the likes of Ashton Kutcher, Demi Moore, Lindsay Lohan and Paris Hilton.

A number of Twitter related sites have emerged to capitalize on the site's growing popularity. From Twittervision, which takes you around the world to show you live tweets as they happen to Twitterholic that shows you Twitter users with the most followers, there are estimated to be hundreds of Twitter related sites and applications according to the Twitter Fan Wiki website (http://twitter.pbworks.com/).

In the micro-blogging arena, Twitter is unchallenged. A number of sites with somewhat similar capabilities exist such as identi.ca, Poodz and Yammer, but Twitter boasts over 20 million more visitors per day than any of its competition according to the site Tradevibes (http://www.tradevibes.com/company/profile/twitter/competitors).

The Secret of Twitter’s success

Reasons for Twitter’s explosion in popularity include:

Like many other social media services, Twitter can drive traffic to a Web site or blog, offering businesses an additional avenue to connect and communicate with potential and current clients. Businesses can also observe the tweeting behavior of its target audience, which can provide insight into how products, services and brands may be perceived.

In order to effectively leverage the benefits of Twitter, free apps are available that can enhance users’ tracking and monitoring efforts. Here are five useful Twitter apps for businesses:

Businesses can use Twitter to monitor trends and influencers in their respective industries. twInfluence gauges the influential power of any individual Twitter user. All that’s needed is a user name.

What are users saying about a particular company, industry or trend? Type one to three words into Monitter, and within seconds, users can view relevant tweets streaming live.

Users can create and distribute Twitter coupons to the Twitterverse with a customized image and link. On top of driving people to a Web site or landing page, coupons help businesses track their reach on Twitter.

Twaitter allows users to send personalized messages to followers at a pre-scheduled time, such as promotions or coupon codes. Therefore, Tweeters won’t miss a beat because they’re stuck in a meeting or traveling.

It’s not uncommon for Twitter users to acquire thousands of followers over time. At that level, it can become very cumbersome to keep up with conversations and individual tweets. TweetDeck is a desktop application that enables users to sort the people they follow into multiple categories and see them all at once. In addition, it’s integrated with Facebook, so users can update both social media platforms at once. TweetDeck has a global search function. Set up global searches to help you identify people you should follow. An example would be if your ideal clients are moms you could search for terms like soccer games, car pool, kids, etc. and that will help you identify people you should be following. You can monitor people that use those terms in their Twitter posts to determine if they are in your target market. Most people will follow in return and you should as well if someone follows you.

As you begin twittering do not simply promote your services and products. It is more important to build the relationship – i.e. to let your followers get to know and trust you. Take the time to become a great resource and create friends. Those friends will then help you promote your services and products. For example, in the beginning of your Twitter relationships, send a thank you to everyone that follows you. Do not ask them to do business with you in that thank you. If you have a blog certainly let your twitter followers know when you have a new blog post. This is one more way for them to get to know you. Finally, when given the opportunity to support a follower take advantage of that opportunity. A philosophy that works is, in doing good you will do well.

Social networking can be an integral part of your business marketing strategies if you use the tools effectively.  Before engaging in social media, including Twitter, businesses are first advised to conduct market research, develop a strategy and monitor existing online activities. Twitter is one that can be a great resource to improve profits or a huge waste of time if not done strategically.

For example, don't be fooled into believing  that since a tool is free, there is no cost associated with it. Your time and the image you create both have a high cost. You must evaluate the return on investment of your time. Avoid having your TweetDeck open all day as it will become a huge waste of time. It is almost impossible to not check every tweet that comes across your screen. A better strategy is to determine what time of day is best for you and exactly how much time you will spend when you log on. You may even use a timer to keep you focused on the objective. An effective strategy may be a few moments each morning to welcome everyone and a few minutes in the afternoon or evening. Use caution; it can become addictive.

In addition, be aware of the image you are putting out in the market place. While it is important to be yourself, remember to always remain professional in your interactions. 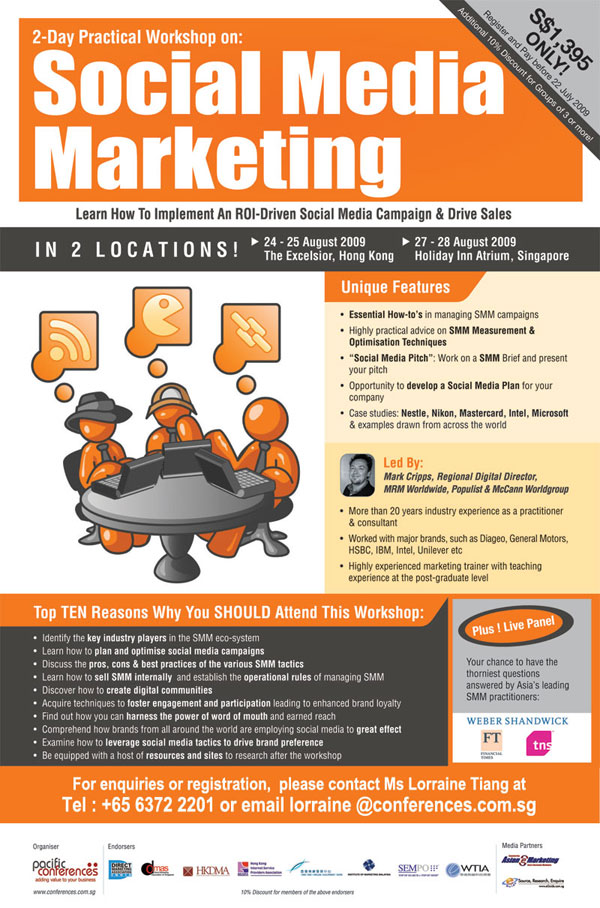