‘Hello’ from the augmented world 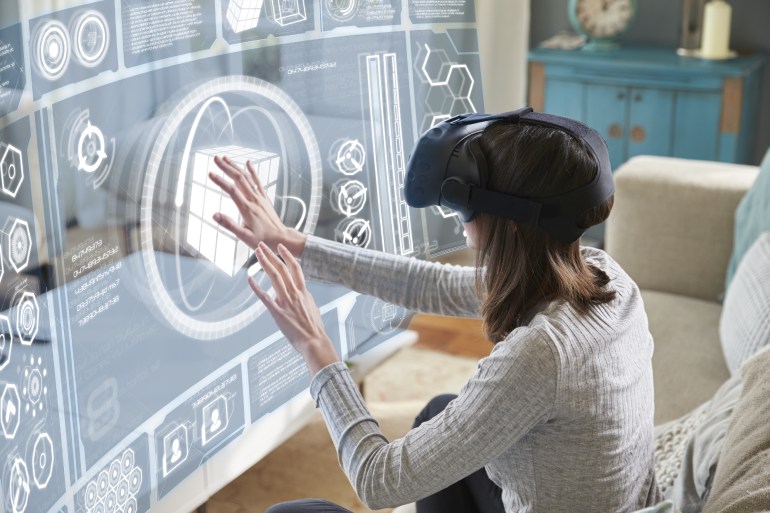 In a recent study, Dr. Philipp A. Rauschnabel, AR researcher at the University of the Federal Armed Forces in Munich (Universität der Bundeswehr München), revealed with his co-authors why people value the privacy of others higher than their own when using AR smart glasses (e.g., Google Glass). The professor for digital marketing and media innovation was the first to publish user studies on AR glasses and is the author of numerous specialist publications on AR in marketing.

“Media usage will drastically change”, he predicts, “out-of-home advertising will lose its relevance and AR content will start a new rat race among product manufacturers”. “We will remember the good old days with privacy in 2020”, according to his provocative thesis.

Just recently, the Deutsche Telekom officially announced the launch of the Nreal light data glasses from the Chinese startup. Put simply, these are AR glasses that realistically integrate virtual content into the environment. Content is displayed on transparent screens in front of the users. At first glance, the device cannot be distinguished from conventional glasses, but the cameras track the whole environment, making them a controversial issue, since they do not only intervene in the privacy of users but have the potential to massively intervene in that of other people.

Nreal’s AR glasses (Nreal Light) made headlines at CES 2020 when they proved that mixed reality can truly augment day-to-day life in ways beyond mere gimmickry. They tether to your mobile device and are powered via USB-C so they can run as long as your device has the juice to keep going. They are lightweight and comfortable to wear, making them great for long-term use—unlike their predecessors. Not to mention that the interface is simple to use since the mobile device works as a pointer for what you see in the glasses, with the mobile device screen acting as a trigger for selection and cancellation.

AR expert Rauschnabel sees this as an accelerator for a new era of media usage. Ad blockers for the real environment are just as conceivable as virtual versions of physical products e.g., notes, clocks, thermometers, monitors, or decorations.

"Manufacturers have to prepare themselves for competitors from the content industry", says Rauschnabel, who recently published the first scientific study on these disruptive effects, and is convinced that "most companies will miss jumping on the bandwagon, as there is a lack of knowledge, strategies and visions.”

His research also suggests that the basic principle of ad blockers will soon hit the streets, pointing out that advertising posters and sponsoring could therefore drastically lose their relevance.

It is not clear whether the Nreal glasses will really become a mass technology or not. According to Rauschnabel, it is more likely that Apple will bring the previously announced glasses onto the market in the foreseeable future and thus, set a quasi-standard, as Apple has already done with desktop computers, smartphones, mp3 players and tablets.

Anyway, with the launch of Nreal Light, AR will become suitable for the masses and Nreal’s plans to incorporate hand gestures for interaction will definitely speed up the adoption, since it relieves the need to use the mobile device screen. Well, only time will tell.