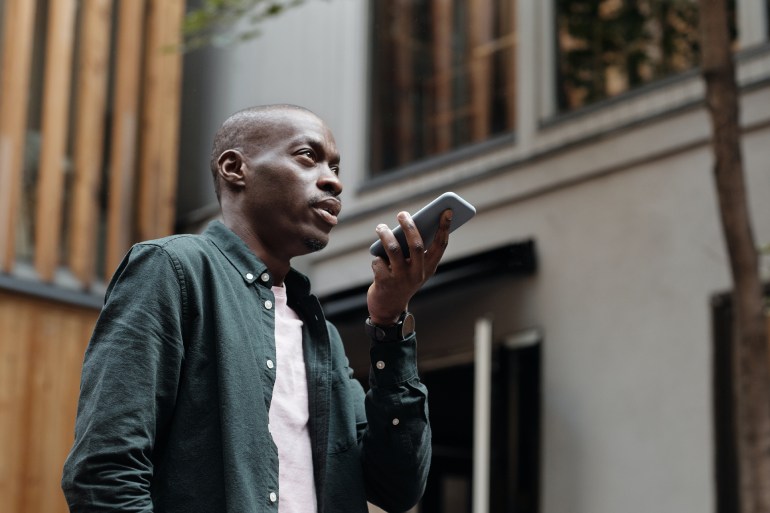 Statistics on the use of Google Home, Amazon Alexa, Cortana from Microsoft or Siri from Apple, point to the same direction, namely the fact that the users have focused on a small, sharply defined area of application that is far below what was expected at the height of the hype two years ago.

The SEO company Sistrix even revealed in a study that the overall use of SmartSpeakers is declining, which indicates that early optimistic buyers were obviously disappointed.

The areas of application are essentially SmartHome, media consumption and simple tasks such as maintaining a shopping list, perhaps calling a taxi or waking up in the morning, or sometimes just an information request to settle a dispute. The fact is, however, that there is not much left of the great ambitions with which the SmartSpeakers once started. With them the debate about the meaning of voice has ebbed away and almost disappeared.

What’s often been overlooked is the fact that voice search is mainly done on the smartphone and has an impact on the marketing of a company, because it changes the content of the search queries.

1. They underestimate the changes in search queries
2. They do not prepare the most important data in a structured manner, so that it is easy to keep it up to date
3. They overlook the fact that voice is becoming more and more directly relevant for transactions

The main change in search queries is that users no longer search for keywords but ask questions to a voice-controlled application. If the user does not have to type on the smartphone but can dictate them, then he will do so in his normal language. This implies that companies must look at their personas even more closely than before and not only understand the intention behind a question, but even recognize the wording.

Google can certainly assist, but a page that answers exactly what the user asked succeeds. Therefore, it is advisable to rely on individual landing pages, for example, for each branch of the company. Search engines can then give users even more targeted answers, including location-based answers, Rodriguez explains. The same applies to FAQ pages, which need to get more specific.

The structured processing is especially important when the software tries to no longer refer to pages but to use the included data immediately. The classic is the MyBusiness entry, which is highly relevant for a search on Google, but the same applies to reviews. Anyway, it is recommended to start with the formatting according to Schema.org and to develop an infrastructure that can keep this data permanently up to date, besides interacting concerted with reviews.

The transaction relevance of voice search is probably demonstrated best by the example of Google Duplex: Google started its first attempts to enable the Google Assistant to make restaurant reservations and book rental cars without dedicated APIs, but simply via the application on the respective website.

Special case ‘Near Me’

The most exciting push for voice clearly arises from the increasing importance of local search. If a user searches for a restaurant, Google will automatically show him restaurants in the immediate vicinity, even if the user did not search for “nearby” or the city he is in. Google simply takes over here – in most cases rightly – the classification of the relevance according to the presumed "intent", the reason for the search query. Here, too, the structured data, above all the entry on MyBusiness and the ratings, play a very important role.

In view of the growing importance of this “navigation tool”, Google started to market this search traffic as well. And you do that with sponsored entries at the top of the results list in Google Maps. This is of course exciting when three Chinese restaurants in the immediate vicinity vie for customers.

But the approach is just as interesting for companies that offer a service that matches the search intention but was not searched for at all. Let me give you a good example: If you are looking for a restaurant, you might need a parking space at the same time, right? And this is exactly where the parking garage operator Contipark saw its niche, when designing a media plan together with the Berlin service providers from Uberall that is dependent on the occupancy of parking garages. Whenever there is enough space, ads are placed on Google Maps.

In short, those who copy voice today have not understood that this interface is significantly changing the way people use smartphones. This effect is less immediate and drastic than initially believed when there was still hope that SmartSpeakers could become intelligent butlers. But, other “hands-free” devices, such as the navigation system in the car, also react to spoken input from the user and they are different from what they would have been if they had to be typed.

The attempt by Google and Co. to take this into account leads to the interpretation of the search intention and that’s exactly what marketers must watch very closely to be present with their offer at the crucial location. Or how Ric Rodriguez explains it: "Voice search does not require any special SEO optimization". That's true, but the ability to search by voice changes the search.