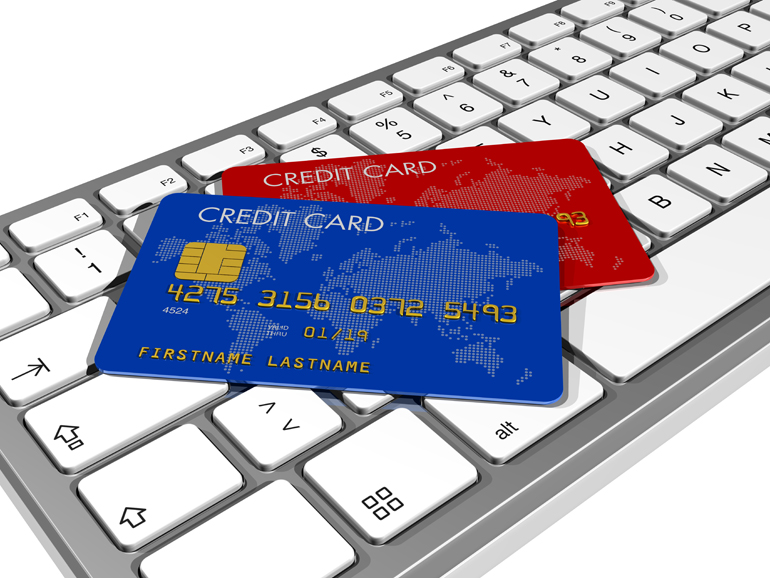 IDC expects worldwide mobile payments to account for one trillion US dollars in value in 2017, up 124% from the less than $500 billion expected in 2015, with the Asia Pacific markets greatly contributing to this growth, as mCommerce transactions with remote payments take off across the region. The analysts believe further that the strongest growth for mPayments will come from emerging countries and the limited state of credit/debit card adoption in Asia Pacific will force potential mPayments behavior to shift to using bank account linked mobile wallets.

Considering that smartphones have already become the most common devices to access the Internet, it is only logical that mobile payment has increased, too. Google, Facebook or Twitter, all offer mobile users so-called buy-buttons already, that allow products to be ordered directly. In fact, it has never been easier to shop with a mobile device, since technology has evolved tremendously.

Although having had difficulties in gaining momentum at the start, the benefits of mobile wallets are recognized by developers, dealers as well as financial service providers by now, who all work on the technical implementation and integration in their business plans. Since we can’t imagine our life without our smartphone anymore, it stands to reason that you might want to use it for making payments. Especially with so many companies showcasing their good experiences with mobile payment, such as Starbucks, that took in over 1 billion dollars via its mobile payment method last year alone, and Paypal's QR-shopping app, which has been very well received, too.

Integration of mobile wallet into the business concept

The mobile wallet is expected to replace the entire physical wallet in the future, with all the cards it contains, such as credit and debit cards, ID card, health insurance card, customer cards, driving licenses, admission tickets, and much more, demanding to create entirely new applications and interaction scenarios. The unlimited virtual space also makes it possible to supplement cards that can’t find a place in a real wallet, for example, more loyalty cards or access rights to a car or an apartment could be stored in the mobile wallet, too, or craftsmen could get temporally limited access to an apartment to do repairs. Of course, this is still a long way off, but with the right security tools, this may soon become a reality. To use the mobile payment option, the user must recognize the added value, because only then the mobile wallet will prevail.

A real added value to the customer would also be of course, when the mobile payment system would be accepted abroad as well, making cross-border shopping easier, possibly via all channels. An optimization of the entire digital experience eventually leads to success. Fact is that it has to be an easy-to-use technology which beyond that fulfils the data protection and privacy requirements of the user.

In addition, the relevance plays an important role, too: Is the mobile wallet only an additional supplement to other payment options or does it manage to replace the traditional wallet?

Here, for example, the seamless linking with genuine loyalty programs can be an added value. An optimal user experience is a key factor for the success of the mobile wallet, as people want simplicity. A small stumbling block, that interferes with the users‘ good experience, can upset them very quickly.

„Convenience Payment“ is here the magic word. Customers demand a high level of security and convenience, since it wouldn’t make sense to use the mobile payment method, if it takes only slightly longer to give the seller a credit card or pay by signature. Paying with the mobile wallet must be designed as intuitive as paying by card and still offer more added value.

The wallet system MPass of MasterCard, for instance, saves the customer the time-consuming re-keying of the delivery address when shopping mobile. Since many traders buy both in-store and online, the payment procedures should cover all channels and thus offer a true multi-channel experience that saves customers time and money by offering coupons and discounts.

Technologies are still in the starting blocks

There are various technologies that can enhance the proliferation of online payment methods significantly. Near Field Communication (NFC) and Beacons promise the greatest success. NFC is primarily suitable for paying small amounts up to $30 and can be used at the bakery or in the bar. A prerequisite is that the NFC chip must already be installed on the phone or, in the case of Mpass, is put as a sticker onto the mobile phone afterwards. Thereafter, contactless payment is possible at specially equipped terminals. However, due to the costly purchase of NFC terminals, the use is still far from a widespread. New card readers, which should support both debit/ credit cards and contactless payment transactions, will be developed in the next year. The Beacon technology enables a more accurate positioning of the user than before and thus the possibility of sending effective push messages with information, deals and coupons over the smartphone.

An exciting time for retailers is imminent! Basically, technologies that manages to merge online and offline and offer buyers a comfortable shopping experience at any time will have a future. Consumers will benefit from a more personalized shopping experience across multiple channels, and the traders, on the other hand, use the improved data situation to offer a more accurate targeting and more efficient service.

The Asia Pacific region accounts for the highest number of mobile payment users worldwide, but the market is relatively varied and highly fragmented. Japan was the pioneer country which has had a long history of mobile payments. Together with South Korea it lead in the adoption of mobile payments in the world and in Asia. However, the share of mobile banking and card payments declined in the past years, owing to the increasing influx of players introducing mobile wallet services, such as telecom companies like Airtel Money (India), Smart Money and GCash (Philippines) or third party providers like Alipay. Lakala, or Tenpay (China).

According to the fifth annual edition of eMarketer's Global Media Intelligence Report, Asia Pacific will unsurprisingly retain its title as the fastest-growing economic region in the world over the next few years. In fact, the report projects that there will be not only more than 2.5 billion mobile phone users in the region this year, a figure equal to 62.5% of the population, but that the mobile phone penetration will rise to 69.4% by 2019.

More than half of all mobile phone users are expected to have smartphones by then, since the proliferation of cheaply manufactured devices, and a drop in the cost of service plans in particular markets have helped to drive smartphone uptake across Asia Pacific.

Many in the region would like to give up their wallet, but to be able to actually replace the conventional wallet, mobile wallets must meet certain requirements, such as proof of identity, identity document safety (storage of personal data) and provide protection against theft. In addition, the provider of a mobile wallet must be able to provide an open and neutral platform, and be accepted as a neutral party in the market, too.