The Shifting World of Publishing in the Digital Age 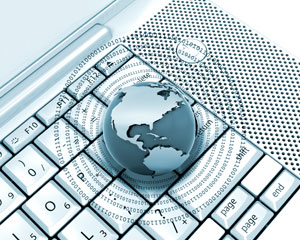 Years ago, in one of the first issues of Asian e-Marketing, I already made the prophecy of the sooner or later death of print and that electronic media will be continuously on the rise. All statistics were on my side and still seem to be. It’s only a question of time to prove if print is able to cheat death or will stay in mortal agony.

In an industry where digital revenues are expected to overtake print one fine day, publishers are confused and are struggling to find the most promising direction for their business. Although many traditional companies in Asia are still sceptical about the reach and effect of online advertising, the change cannot be stopped. The advantages of online advertising are simply overwhelming: efficient, accountable, targeted, offering a superior return on investment, saving the environment and costs as its paperless and need no expensive snail mail, and being excellent in creating brand awareness.

Last month a CEO Power Panel Discussion called “The Publishers” took place at ad:tech Singapore which attracted a broad audience and discussed exactly that topic, which I would describe here as the question if print is able to cheat death or will stay in mortal agony. 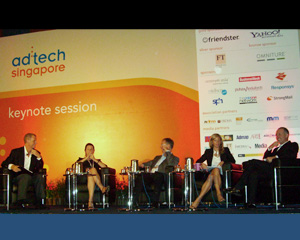 The group seemed to agree on the fact that the media industry increasingly embraces the electronic way of publishing as the advantages are simply obvious. To those mentioned before we could for instance even add on less restriction on length, more possibilities for indexing, cross-referencing, colour images etc.

The traditional print publishers of Financial Times and BBC, Ms Mackay and Mr. Dobson sitting on the panel, definitely don’t see their online versions solely as another delivery method, but rather wish for the electronic version to complement their print, as well as enhancing and linking up with data. As their e-versions of already published articles tend to push up the demand for their print version rather than reduce it, these well established publishers are less frightened of cannibalization of their own business than afraid that their content is taken unsolicited by online content providers. Being convinced that print and online versions of their editions complements each other, motivates them to experiment in order to keep up with the future. Fact is that their Web audience is growing at a great rate, while print circulation is not. Moreover, online revenues are growing faster, too, albeit from a smaller base. If this trend continues, it’s hard to keep alive the belief that online publishing won’t become the main business. With publishers always looking for smarter monetization of their available ad spaces, which means coming up with new ideas, strategies and technologies to reach maximum advertising revenue, the vision could become reality soon and thought and online versions of their articles are only the next logical step to be more successful in the industry. Actually, it needs much more as Financial Times’ executive Angela Mackay noted by saying: “We are very active and constantly reinventing ourselves to keep up with change. We are committed to continually finding new ways of reaching out to our readers. For our research team, it is really a constant search for reinvention.” And indeed, the industry is constantly undergoing intense change, especially since the switch to the Internet as social networking, podcasting, branded content, gaming, mobile and user-generated content followed.

No wonder then that analysts predict that in a few years every aspect of marketing will have been changed radically by the digital revolution. For Chris Dobsen from BBC World Wide innovation is old hat, telling the audience that his company launched its first Website back in 1990. He got the current situation right by saying: “The focus we have is very much about the evolution of the business problem. I think if the reality is as it is today, consumers have been pulled away from the industry. There seems to be a turnabout. Consumers are now embracing new ways of gaining content, interacting with and watching content, and we in the industry have yet to catch up.” He predicts: “I think this recession is going to really going to sort out the weak from the champs in terms of those who survive it and those who don’t” and continues: “I think that we will see some high profile failures in the coming months. In certain respects, we all have a degree of responsibility for that, because we are not necessarily embracing the media in the way we should be embracing it.” So BBC’s focus he claims is all about the transformation of the business model across the three screens of television, PC and mobile.

A shining light that best meets today’s expectations in publishing seems to be Google, represented in the panel discussion by Ms Lori Sobel. “We are a content creator that provides an enhanced user experience with our platform and the tools for content creation”, she said.  From her perspective publishers should continue to innovate in digital media and advertisers should continue to test new marketing opportunities to comply with the spirit of the times. Committed to work together with publishers and advertisers to create technologies that help with the transitional period, she emphasized: “It is not just about putting your newspaper online or putting your television online, it’s really about creating an enhanced user experience.”

That’s where the similarities of the new media provider are obvious. Yahoo!’s CEO Ken Mandel highlights his company’s very consumer-oriented approach saying, “Consumers should have access to content anywhere they go, at home or in the office” and of course on all three screens.” He expects advertising to be more search-based in five years from now. Another way of looking at it in terms of strategies is according to him a matter of customization. “Anything the consumer would like should be possible. I’m not just talking about an average homepage, but a much richer experience with modules picked out by the user. This will open up to advertisers as well as developers”, he said, and added on: “Developers are very key to innovation, and if we didn’t have an open platform, we wouldn’t be able to bring developers in. In 2008 we essentially rewired our entire platform, as it is very important to have a digital platform, especially in this part of the world.” Given the key role digital media now plays in the lives of consumers in the region, Southeast Asia should be considered an advanced region for digital marketing, yet digital makes up only a few per cent of ad dollars. Ken Mandel admits he does yet know the reason for this, but wants to believe that the digital ad spending in the region will soon get at least the urgently needed 10% of the pie, making clear that Web publishers need far more brand advertising revenue to keep the lights on.
His opinion was backed by Lori Sobel who said that although there is such an enormous advertisement opportunity in this region on the internet, the mindset for brand marketers hasn’t got a ground-breaking shift yet. She claims that user-generated content has to be embraced first.

BBC’s Chris Dobson nailed the problem again, by saying: “Getting out of the comfort zone is important! In order to continue to co-exist, we as marketers need to figure out new and unique ways to break the barrier to our digital audience.”

And here we are come back to my starting point. Without creativity in re-inventing the business sector, the widespread acceptance of digital media by the new generations, who prefer to self select their content in an increasingly fragmented digital environment, will mean the death of print.

If there’s a future for print at all, it’s in decline as an advertising supported medium, as the trend to more online publishing and less print publications simply cannot be stopped. The often mentioned shift to performance-based can be seen here even as an indicator that supports my view. Doesn’t online advertising provided metrics, such as impressions delivered, click-through rates, and search query volume, that can assess much better than in print how an ad dollar is spent? Measuring how much time consumers spent with an ad and what types of interactions they took with it are for sure a good to start to prepare for the new challenges in dealing with today’s readers.

Please check out our article on ad: tech Singapore in Asian Channels:
http://www.mediabuzz.com.sg/asian-channels/june-2009/509-adtech-singapore-a-premiere-event-for-all-in-digital-marketing