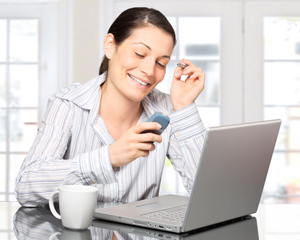 Consumers across the globe are nowadays trying to stay more focused and make better use of the time they spend online according to findings from the ‘Living with the Internet’ study, a worldwide survey across 11 countries – Brazil, United Kingdom, France, Spain, Russia, China, India, Japan, Mexico, Canada and the US.

The comprehensive study has been a collaborative effort between Microsoft Advertising, MEC and Mindshare Worldwide and culled data from 7,000 participants aged between 16 and 54 years old. Designed to gain better insights on consumer’s web behaviour and finding out how marketers and brands can tap into these insights to enhance their communication strategies was its goal.

Globally, the data revealed that 79% of respondents plan activity on the internet in advance so that they could stay more focused and do more in less time. This figure was fairly consistent in Asia as well, with Japan topping the list in the proportion of planned visits at 8%.

Similarly, planned activity had also outranked spontaneous activity in the two other Asian superpowers polled in the survey - China and India - which scored 76% and 72% respectively. Interestingly, this trend was somewhat curbed when it came to transactional and creative activities - with almost half of these activities said to be spontaneous in China and India.

General Manager of Microsoft Advertising, Asia, Jason Scott, said: “Despite the vast extent of content and endless possibilities on the web, random general surfing is on the decline in favor of a more time-efficient, planned and deliberate approach. With people being more focused on their internet journeys, there is thought that this would raise concerns for advertisers looking to market their brands online. The insights gleaned from this survey suggest that by understanding how, when and where the potential consumers spend their time, advertisers can then better engage with their target audience. It is no doubt that advertisers definitely have to work harder to get people’s attention with better targeting and creative strategies.”

Globally, communication takes up the bulk of online time, representing 32% of all activity, followed by information, which accounts for 22%. The study showed, however, that there is a clear contrast in the types of digital content that consumers interact with and the devices through which they access that content.

“These results provide implications for marketers with regard to media placement, message and content development and budget prioritization. The emphasis for content and placement across markets such as India and China needs to be quite different to maximize engagement,” said Jon Wright, Regional Director for MEC Analytics and Insight.

In addition to understanding usage behaviour, the study also sought to identify which portable devices consumers are using, allowing brands to modify their content by device.

The study shows that across China, India and Japan, smartphones are surpassing notebooks as the main method for accessing information. Notebooks however remain the main device used for transactions and entertainment.

With each device playing a different role, advertisers must customize their content and delivery dependent on their business objectives. “Consumers are becoming ever more sophisticated and conscious of using specific devices to access certain types of content at different times and locations. This is something that Microsoft and MEC will be investigating further. Marketing sophistication certainly has a way to go to keep up with today’s technology users,” Jon Wright added.