Make use of the full potential of AR 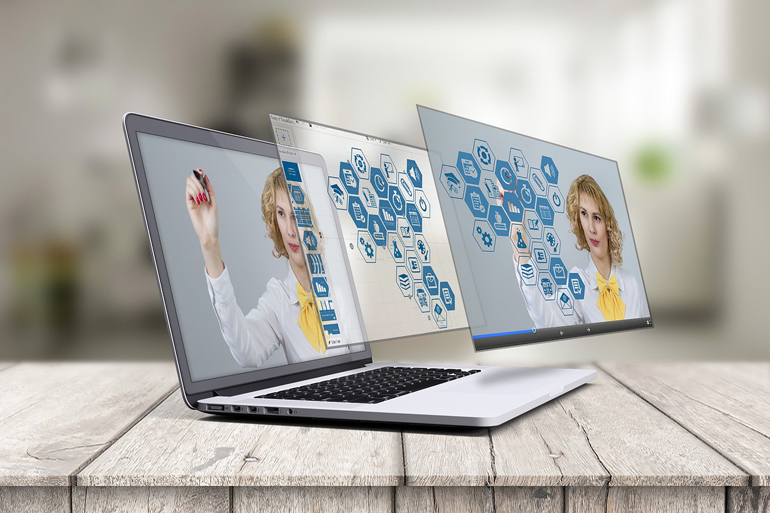 Most executives make their decisions based on the perspectives, trends and cycles that are already known today. However, this view carries the risk of thinking too linearly and of missing out on the crucial innovation point.

Augmented Reality (AR) transmits digital information about the physical world with a smartphone or a headset. And as virtual reality enters a commercial phase, the practical value of AR has become more significant to business, raising the question what can be expected in the years to come.

Fact is that it is worth to evaluate the ways in which AR will advance the business world in the future and we should think broad while doing it. How about starting by looking at the many other technologies AR is linked to? The Internet of Things (IoT), 3D printing and machine learning, for instance, capture the added value of AR you might want to consider to be ahead.

Learn from past innovations

The smartphone proved that no forecast could predict accurately the triumph of mobile technology. McKinsey, for instance, estimated the market for mobile phones would be around 900,000 at the turn of the century. Through the connection to the Internet, however, smartphones market growth was simply unconceivable. Furthermore, the smart devices not only became smaller, cheaper and got more battery life, but kick-started a series of hitherto unimagined applications, company successes and a completely new user routine, nobody could foresee.

The convergence between mobile and data analysis is another example of innovative technologies. Due to the willingness of users to provide data and the use of mobile apps, the collection of user data became an important field to derive insights for the own business. Today, mobile user data has an estimated value of $50 billion, but that fact shouldn’t fool you to focus on this area only, since you would risk to quickly miss out on newer technologies.

History shows that the future of AR is probably not determined solely by falling prices, smaller formats or faster performance. In combination with other techniques such as IoT, 3D printing and machine learning lies currently AR’s most promising potential.

AR and the Internet of Things

Augmented Reality and the Industrial Internet of Things (IIoT) will be most likely the first to converge, since development is progressing faster in the enterprise sector than in the consumer sector. Although companies rely on an interconnected infrastructure that collects and analyzes massive amounts of data - from manufacturing through logistics to the consumer.

AR can provide an interface to humans, enabling workers and leaders to streamline processes through a rich set of data and connecting employees directly to warehouse management or electronic health data, whereby information is projected onto the respective environment.

3D printing is an exploding market in industrial manufacturing, however, the unique design requirements of complex 3D structures are not ideally suited for existing software tools. The editing and visualizing of models with the help of AR will close the cognitive gap between engineer and design, and bridge the separation of keyboard, mouse and 2D screen, so that designers can work with the product intuitively and creatively.

AR is also expected to play a major role in machine learning. Just as the keyboard was once an important innovation for the computer, AR will be an innovative interface for machine learning. For instance, speech-to-text and text-to-speech can become major AR innovations for machine learning, turning audio files into written text and vice versa. Devices understand that way how we move and talk, which means that they can read gestures.

According to the research firm IHS Markit, the global market for consumer AR and VR content and apps grew impressively (72%) last year, reaching $3.2 billion. The reasons for that are mainly the continued popularity of apps that include AR features across genre categories like entertainment, games, retail, social and communications, and the high-profile releases of Apple’s ARKit and Google’s ARCore SDKs that spurred interest in AR apps, the firm believes.
Which interfaces are created for AR technologies and how companies integrate future innovations will make the difference, just as the combination with other techniques will unlock the full potential of Augmented Reality.