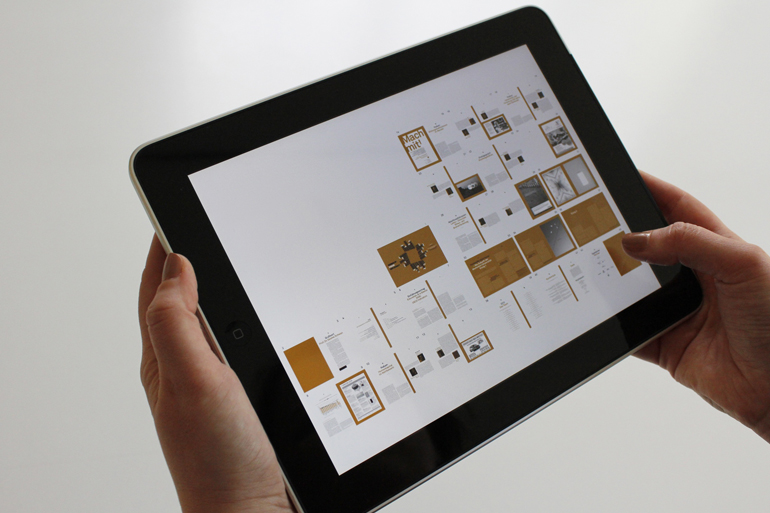 Augmented Reality (AR) technology is the virtual addition of digital, computer-generated information to the real world and a buzzword of the advertising and media industry since 2010 for good reason. It holds the technology for one of the most important evolutionary stages in information technology, such as the interaction possibilities in real-time as well as the three-dimensional perception of contents.

Originally developed for use in the industrial environment and the military field, the further development of the technology makes commercial applications in brand communication possible by now. Among experts, the economic expectations for AR, as well as its role in the advertising market respectively, are controversially discussed, but for the advocates AR has enormous creative potential for the advertising industry and is considered the "mass medium of the mobile age".

A central advantage of AR is that content is not only consumed passively. Kinetic activities are triggered through animation and interaction, so that the content is consciously perceived and experienced since visual and haptic content complement each other. Although the virtual objects represented with augmented reality are only touched on the display of the mobile devices, a haptic perception of the object is created by the possibility of turning and clicking.

AR is combining several senses simultaneously and neuromarketing researchers say that the different perceptual channels influence each other and that messages, which are recorded simultaneously over different channels of perception, are amplified by the brain several times.

The possibilities for AR in the fields of marketing, media and communication are manifold and can be divided into stationary AR systems, mobile AR systems, and wearables.

Smartphones have all the prerequisites for the projection of virtual data into the real world, namely software, hardware, camera and screen, as well as integrated localization technologies. Thanks to these technical capacities, smartphones can be used as an ideal medium for AR applications: The hardware, which means the mobile device, is equipped with a software program, a so-called native application, that enables it to process and readout data that is accessed online. The camera acts as a viewing window and interface to the visualization of AR in which the digital information is integrated or superimposed live into the video image.

For the position finding of the user, so-called "markers" are required which are equated with fixed points in the real world. They serve the orientation of the AR system and trigger an action such as the insertion of a virtual object. Since the referencing of the digital data can take place in different ways, in practice a distinction is made between two types of AR:

This form of AR uses individually developed patterns or images. By means of image recognition, these are identified by the AR application so that the associated content can be unambiguously assigned and visualized. The spatiality of the representation is thereby produced by the perspective and positioning of the marker.

The advantage of marker-based AR is the ease with which the markers are produced, since no additional markers are necessary when using existing images; that AR devices need only one camera and no localization technologies and are generally location-independent, since the display can be individually set by moving the marker.

On the other hand, since markers must be physically present in the real world and can be shifted or altered to unintended positions, the abuse risk is high and there are also limitations due to the high computing intensity for the analysis and recognition of the marker. Furthermore, there is high dependency on light conditions and visibility of the marker - if this is hidden or not visible, the AR application does not react. Therefore, marker-based AR is mainly used for the superimposition of virtual 3-D objects in the visual field of the viewer.

The localization serves here as a trigger for the AR projection, whereby the position data get determined by the satellite technology “Global Positioning System (GPS)”. This has the advantage that physical markers do not have to be produced separately and that the AR device can both receive and set up markers.

A disadvantage is that, in addition to the camera, a localization technology (like e.g. GPS) is needed, which may not have radio reception indoors or in enclosed spaces.

Clearly, both variants of AR have advantages and disadvantages and it is up to the advertisers to choose what’s most suitable for them, depending on the objectives of the campaign, the service, or content available. The developments show that our users' and viewing habits with hardware touchpoints will continue to change with visualizations and applications literally moving virtually into the free space, without taking the view of the real environment.