Sooner or Later, Facebook will Launch its Own Phone 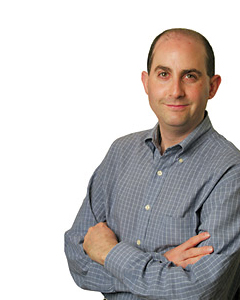 Change happens slowly. It took us years before we noticed that Microsoft was upending a tech industry that, until the 1990s, IBM dominated. However, if you squinted you saw this starting in the 1980s once the mainframe era was ending.   Then Google changed the game for Microsoft (a client) in the 2000s when the desktop lost some of its dominance to the broadband-enabled web - but like with IBM this shift started earlier, back in the 1990s.

Now, it could happen again.

Just as everyone thinks Google is unstoppable comes Facebook. Over time we may soon witness another shift as the web evolves from an intent-driven medium where you need tell it what you want to one where content and ads finds you through the lens of your friends and their digital footprints. However, if the desktop was the battleground in the 1990s and the web was in the 2000s then mobile is where the battle for dominance will take place next.

Consider these three data points, all of which are fresh...

And that's just the US. Combine these three trends on a global level and it's obvious that mobile is the future. Mobile is a far, far larger market than mainframes, PCs or even the web. It will have lots and lots of winners in hardware, software and services. This is why I believe Facebook can't sit on the sidelines anymore. They will be on every device, but they eventually will try to launch their own hardware too.

Consider this: Facebook is competing with Google for time, attention and ad dollars. With Google clearly serious about phones aAnd Apple buying up mobile ad companies, Facebook can't solely rely just on others to carry their application if they want to dominate what will increasingly be a mobile market for content and ads. They will want to have a deeper relationship with their users. Deeper relationships mean more data and more data means more moolah.

Facebook easily has the brand equity to launch their own phone (most likely with a partner at first) and marry it to your address book, photos, videos and events in ways that Google can never match because they are more social. Facebook gets connections and how to use the data to make your life better.

Scoble talks about the Goodle Reef.. Sure it's big. But in many ways it's the Facebook reef that could be far larger.  How large?  Consider these stats.. A lot of people wouldn't know Picasa from Picasso. But Facebook sees more than 2.5 billion photos uploaded to the site each month. A lot of people don't know Yelp (a rumored Google acquisition) from Yodels, but Facebook has 700,000 local businesses that are a click away from 350M people - who oh yeah on average have 130 friends on the site and spend hours there, often from phones.

See the pattern? All of these are mobile experiences: your friends, your events, your photos and local businesses. They're made for mobile phones. Mark my words. Facebook will launch a mobile phone. But this isn't a zero sum. There will be lots of winners.

By Steve Rubel, SVP, Director of Insights for Edelman Digital, a division of Edelman - the world's largest independent PR firm. Steve can be reached via email at steverubel@gmail.com