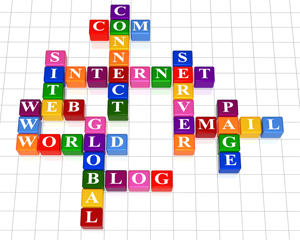 So far there isn’t any real legislation governing the Internet. Anyone can write and post everything that he or she likes, often times, even remaining anonymous. This wouldn’t be problematic at first sight but what happens when this could affect yourself, your business or your company? With boundary lines blurring more and more, we are living in a world where unfair negative comments and the ensuing backlash result in PR and marketing power increasingly falling out of our hands. What would you do if negative consequences aren’t avoidable anymore?
The question is: when are we still allowed to cross the line and when should there be a limit? Of course, the Internet is still the place where you can say anything, free your mind, complain, inform, discover and reveal information! This is after all the beauty of the Internet and why it is so attractive in the first place, but it can also be an Achilles heel for many. We would like to raise some points which will serve as food for thought, and maybe are areas that we all should question and ponder if we want to build effective, tight-knit virtual communities and communicate well with them.
What do you think of bloggers getting paid by companies? Wasn’t the real idea of blogging the opposite?
There is no doubt that blogging has become a phenomenon – there are blogs on every topic you can think of, blogs on people’s everyday experiences, and so on. With blogging becoming so ubiquitous, perhaps it is not unbelievable that there are those who want to earn money while writing their blog. There are even savvy marketers who are tapping on to this and paying bloggers as well. Is it a sign of how far this Web 2.0 tool has come along and how times have changed? Is paid blogging the natural evolution of this popular social media? Perhaps it is after all a paradigm shift.
The question is, would you pay to read a blog?
Digg.com. what is happening there and shouldn’t it be “only” a page that should discover “the best on the web”?
Digg.com was started with the intention of letting users’ feel important by telling them “you make the web, everything that is submitted and voted on our page is done by people like you”. This sounds interesting and the user gets the feeling that he can influence the information flow, which is true. However, even the best intentions sometimes go awry. The site has come under heavy criticism with many feeling that users here have too much control over content, allowing sensationalism and misinformation to thrive. Also, there is the feeling that the site’s operators may exercise too much control over which articles appear on the front page as well as the comments on Digg’s Forum. So is the site only a farce? Does it only let us think that we can influence the web, but in reality real information is being controlled or even gagged, twisted and maybe exaggerated? Of course all the hype is of course driving even more attention to the page.
However, why are people so surprised - wasn’t it only a matter of time until all this would happen?
This brings us to the hotly discussed topic of privacy in the web and how you can keep it.
A lot of people are afraid of losing control over their data. The reality is that nobody is forced to join Facebook and Co and people in general should be careful about the information they disclose on the Internet. Everyone who joins a social network should be aware of the fact that these platforms are gearing to connect people. If this seems to interfere with your privacy, than it would be advisable to avoid social networks.
Tweet