Mobile Only equals Smartphone Only 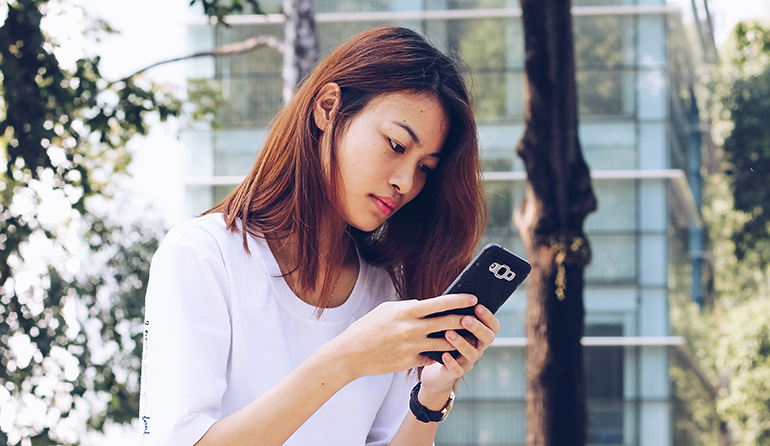 Internet usage is constantly changing, especially when it comes to which devices access the World Wide Web. The triumphant procession of the Internet initially started with stationary computers (desktop), emancipated itself by the market launch of smartphones in the direction of Responsive Web Design and Mobile First, and finally arrived at the current Trend ‘Mobile Only’.

From Mobile First to Mobile Only

In order to understand the increasing relevance of Mobile Only, it makes sense to take a closer look at the current developments in Internet traffic. As various studies show, Internet users now spend more than half of their online time in apps and mobile browsers. One of the most popular applications here are online shopping apps, which ensure that over 50% of the total turnover in online shopping is now generated via mobile devices worldwide. Because of these developments, many ‘pure’ online players rely on Mobile Only already long ago. And since especially smartphones are nowadays considered to be mobile devices, Mobile Only could actually be understood as "Smartphone Only".

In order that companies can benefit from the current development of Mobile First to Mobile Only, a few things have to be taken into account: For example, (mobile) online shops should be amended with apps that are completely user-oriented, meaning fast, clear and, above all, sales-oriented and intuitive.

Due to the nature of mobile devices, the desktop version should not be adopted easily. So far, many companies have made their life easy by offering a responsive website, but responsive web design is no longer the right approach to planning, developing, and designing Internet and ecommerce appearances in light of usage trends.

B2C clearly focuses on a simple, concise buying experience that is influenced by the user's emotional choices. In the B2B sector, however, the motto so far is "getting things done fast" and the emotional aspect tends to take a back seat. Although the human-machine interaction plays a major role in B2B as well and therefore comfortable operation and emotionality aren’t negligible either.

Developments with a lasting impact needed

The fact is simply that Mobile Only is a development that should lastingly influence the way of thinking in the conception, implementation and planning of e-commerce platforms. For instance, in addition to being able to order articles via the article number, it should be possible to purchase an article by scanning barcodes or QR codes.

Thanks to a mobile only based strategy, online shops are more intuitive and interactive. The full exploitation of the potential of smartphones is logical and inevitable. In order to be able to engage permanently and effectively with the preferences of (potential) customers, the development of Mobile Only in eCommerce must be comprehensively and continuously implemented.

Of course, that does not mean that devices like desktops and laptops are obsolete from now on, only that stationary devices will have it more and more difficult to hold the fort. Rather, there must be consensus between the two sides, and Progressive Web Apps seem to be a good solution because they are platform independent and combine mobile and stationary technology. Ultimately, however, this technology also serves as an introduction to the mobile-only approach.