Privacy is the key element of the ‘Shadow Project’ 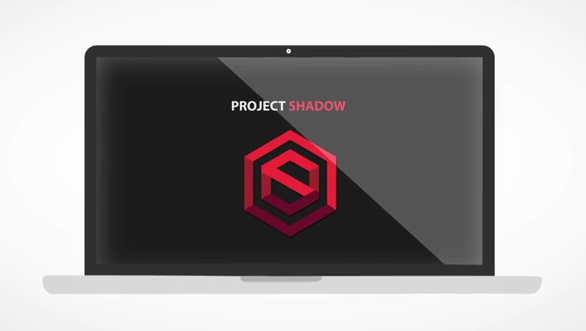 Privacy is a universal right, therefore building anonymous systems and defending our privacy with cryptography, with anonymous mail forwarding systems, with digital signatures, and with electronic money should be on top of everybody’s mind.

The Shadow Project is dealing exactly with these circumstances, namely building a decentralized anonymous communication, commerce and currency platform, available for all desktop and mobile operating systems. The privacy-based platform aims to establish an anonymous economy with multiple features, built upon Bitcoin's principles of trustless decentralization and double-spend prevention.

The plan is to create the first truly anonymous, decentralized digital currency and giving people all the financial freedom and privacy they should have. The team of the Shadow Project believes that transactions and monetary habits should be safeguarded by the financial infrastructure we use on a daily basis. However, that is currently not the case, not even with existing digital currencies such as Bitcoin, as payments in Bitcoin are published in an open ledger, the 'blockchain'. Every Bitcoin transaction includes information such as the sending and receiving addresses, amount being sent, sender's IP address, block hash, etc. This information makes it easy to see the total holdings and transactions of one another, destroying the confidentiality and security Bitcoin is supposed to provide.

Indeed, in addition to anonymous payments, Shadow also offers a decentralized, encrypted messaging protocol, called ShadowChat that makes sure that chats stay private and are immune to censorship. The Shadow team is well aware that other forms of communication such as email, Skype and SMS are notoriously lacking in privacy.

The next component of the Shadow economy, ShadowMarket, is an anonymous, decentralized marketplace. Combined with ShadowChat's encrypted messaging, ShadowMarket will enable anyone to trade goods and services with anyone else anonymously and without any external interference.

Recently, the Shadow team set up a Thunderclap campaign to boost awareness of their project. Users were encouraged to pledge their support to the project by sharing campaign's #FightForPrivacy message on Facebook, Twitter, and Tumblr. The campaign exceeded its target and reached over one million people worldwide.

Besides, there are several resources to educate the public on the benefits of the Shadow platform: There is a community website at aboutshadow.com, a wiki at shadowcash.info, a forum at shadowtalk.org, a subreddit at reddit.com/r/ShadowCash, a very active Slack group at shadowproject.herokuapp.com, and an IRC #shadowcash channel at freenode.net.

Shadow's anonymous cryptocurrency and messenger functions are operational and can already be downloaded onto Android, iOS, Windows, OSX and Linux systems, while ShadowMarket is scheduled to launch in the second quarter of 2015.