Aureliant: Influence Marketing is the Way to Go 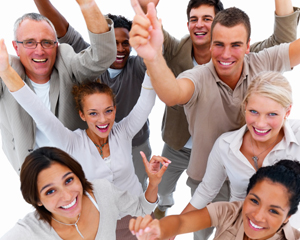 In the past few years social media has developed an incomparable momentum and dynamism that seems to be unstoppable despite the ever changing, fast-living digital environment.

The challenge for companies working in this field is to apply creative solutions and combine them with a strategic approach that hits the bull’s eye every time to be permanently and successfully involved in the Web 2.0 world.

The principle of Web 2.0 development is not based on a new technology, but on a change of use and perception of the Internet. "User-generated content" is the keyword and driver of the concept, where the user is both a transmitter and receiver of Web content.

Thorben Linneberg, an enthusiastic Singapore based Danish entrepreneur, jumped quite early on the social media movement bandwagon. In 2007 he started Aureliant to tackle his idea of developing a tool - today known as OrSiSo (Organize, Simplify, Socialize) - that helps social network users manage and organize their online lives by simply changing the way people use social networks. This was a time when Facebook had only 15 million subscribers and was just one of many social networks out there.

Thorben, has worked for multinational corporations in Europe, US and Asia in the areas of mobile Internet and wireless technologies, was convinced that it would be possible to make social networking easier to use for the consumer and got down to work.

“You have to remember back in 2007 we had MySpace, Friendster, new and upcoming Bebo and Orkutz, as well as Plaxo and LinkedIn - in a nutshell maybe 10 to 15 social networks with around 500 million users that had on average three social networking accounts. As almost everyone had multiple accounts to manage, I got the idea to build a platform from where you could sign into all of your social networks and manage them from one access point. We chose to do a desktop app because this should really happen sort of intuitively before you get on the Net, just like Skype or MSN Messenger today. By the way, I built in Facebook chat, Gtalk and MSN, too. It was the world’s first desktop application to aggregate social networks and currently supports ten social networks that have registered prominent growth in terms of adoption and usage in the past few years.” 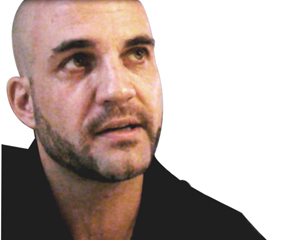 Thorben is still convinced that there is a market for his business idea that gives users the ability to aggregate and consolidate contacts, images, or news feeds, regardless of whichever social networks they belong to. What has changed is the fact that OrSiSo now faces several well funded competitors while he vanished into thin air for a year to recover from a serious motorbike accident in June 2009, shortly after the launch of OrSiSo. TweetDeck and Twhirl, which built their products on the same Adobe AIR technology as OrSiSo, didn’t let the grass grow under their feet and moved on with the development of their products.

“It turned out to be a sort of disadvantage to be in Singapore for a social networking start up, because all of the investors I spoke to really had a hard time believing the numbers in terms of the value of social networking. They laughed at Facebook and asked “It’s worth $15 billion, are you crazy?” Well, it is completely out of scope now with Facebook being worth $50 billion and having around 500 million members. So, I did not manage to raise money the first couple of years but still launched OrSiSo. It has been a set-back by being out of business for a year due to my motorbike accident.”

Back to work Thorben made a shift by concentrating on their pedigree social networking, their understanding of social APIs and how to make use of them, in order to facilitate consumers’ experiences with social networks. As he realized that the market was saturated he faced up to the fact that everyone now has Facebook and therefore less people cared about managing multiple social networking accounts because they are now just part of the big one; the whole idea of having a tool that manages multiple networks seemed to be unprofitable. Although they were still growing, Aureliant knew that they would never have a huge number of users. So, they jumped on the next wave in social networking, where brands and companies started to find out how to use the social networks to have a return on their marketing dollars.

Today people go to blogs and forums to discuss with friends products they are interested in, recommend what they like or what their friends should be aware of and or should avoid, this helps shed new light on social networking from a marketer’s perspective.

“Facebook has opened up an avenue to interact with friends on a global scale that we have never seen before. Facebook’s APIs are designed for other third-party websites or applications that can use that social data. For instance: if you give me your Facebook credentials in an IT sense, then I can request from Facebook that they give me a list of who your friends are on Facebook. Everyone can do that, which means I know you, but I also know all of your friends now. So, the whole point of all this is obviously influencer marketing. It is the ability for a brand to suggest products based on friends’ recommendations which they were not able to do before.”

Aureliant is now using their same service and APIs on knowledge and understanding, but instead of building software that can be used to manage an individual’s social life, they have developed software a company can use to manage its social marketing efforts.

“Let me give you a user case of what this system is”, Thorben said, explaining: “SingTel has SingTel Shop, Football Frenzy, mioTV, broadband Internet and all in all they have a lot of websites where you can see mioTV or select a plan for your mobile phone. So when you are browsing for a new mobile phone, you go to the SingTel shop and they have 150 different phones it’s really tough to figure out which one to choose. So what I do is to show on that website where the products are. Let’s say “Facebook functionalities” means that I can share anything I want, I can comment on it, I can like it and I can see if any of my friends did the same, so when I go in and look at all the 150 mobile phones, I can sort by price, brand, or by what my friends like, and it’s that last one that is important. You can sort all of the contents of the mioTV programs based on what your friends like. It’s our ambition to build user interfaces that even work on TV, so when you are watching you can favor the program and your friends will be able to know that you like CSI:Miami and you would also be able to see when you are watching TV that your friend has just switched over and is watching the same program as you. This is an extension of the same system - they are providing social integration to TV, mobile and web.”

At the same time there are powerful social business analytics in the background to identify influencers, people who will have a higher likelihood to get their friends or peers to repeat the action and to do the same they did. “All the data points are there”, Thorben confirms, “so what I have done is to build a system that organizes this, pulls it out, creates reports where you can say the top influencer in mobile or smartphones is Brian because he has posted four times this month and on average he gets 18 people commenting, four people re-sharing what he says and 200 people liking it and indeed some people even click back to SingTel’s website based on his sharing. I have tracking in those areas, I know that it was generated by Brian’s post on Facebook. That means you can run loyalty programs, so when you pre-order the iPhone5 - if you get five of your friends to do the same - you get a free leather carrying case and the logistics of figuring out who won is built into our system as well, because we track everything that happens.”

This is really a new derivative from where Aureliant started, and they build in tracking functionalities into their system, so that it can be used for marketing purposes, because influence among marketers is a very old conundrum. Although Aureliant won’t run any loyalty programs, they provide this option to their clients to enable influence marketing specifically to influencers. 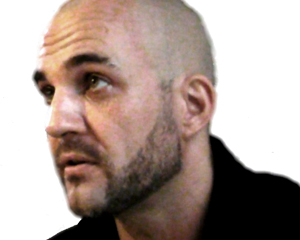 “The point here is that this type of brand marketing is actually sort of free and even gives brands a chance to react to negative comments about their products. The systems I provide are systems that will bring the brand very close to the users and will enable them to understand the social behaviors of consumers and to identify influencers”, Thorben concludes.

Aureliant seems to have its business model worked out well and still has its competitive advantage - the aggregation and SocialCraft engines are key to OrSiSo‘s monetization. “Since we are able to gather a lot of demographic information about users and their connections, we will be able to deliver highly-targeted advertisements,” shares Thorben.

What impressed me most was his honest self-reflection and confidence, saying that you can only call yourself an entrepreneur after you have failed a few times and that no business degree can prepare you for starting your own company. “Never say never, never give up, always listen but stay true to your own vision” is his credo, adding: “Many people are extremely uncomfortable living with uncertainty – that is an area I am comfortable with today. When I think back on important lessons I’ve learnt, I must say, I always learnt much more from the difficult times,” Thorben concludes.