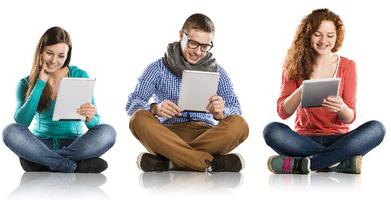 By now, we all know that using cookies alone for ad serving and measurement is flawed, since they do not work on mobile and therefore can’t capture the whole path to purchase, besides supposedly overemphasizing last-click attribution.

Facebook’s ad serving and measurement platform, Atlas, allows brands to reach people across multiple devices with its so-called “people-based marketing”, stating: “We’ve entered a new marketing reality where marketers and advertisers are quickly shifting from a reliance on cookies to using the insights from real people and real actions to make business decisions.”

Atlas was purchased by Facebook in 2013 and is operated as a separate entity. Just last year it has been re-launched with an entirely rebuilt code base and user-interface, aiming to make media more measurable, accountable and transparent, so that Facebook’s clients can optimize their campaigns and drive business results.

At the beginning of 2015, the social network has updated its privacy terms and guidelines. New is now the section "privacy basics", where users receive tips and instructions how to take responsibility for their experience on Facebook.

The question is, if the new Atlas is responsible for the changes, since the data and cookies policy have been updated as well to take into account new features that make the documents easier to read. In the words of Facebook: “Atlas solves the cross-device problem and brings people-based marketing beyond Facebook to the rest of the internet and the mobile and offline worlds.”

With the change of the cookies policy, Facebook clarifies to now use cookies and similar technologies outside of the social network and the entire Zuckerberg empire. You can imagine that this is most probably a result of the launch of Facebook's advertising services Atlas that target users across all platforms based on the Facebook ID.

Also new is the extension of the geographical area in which users can make settings for advertisements. In this section can be found, among other things, why a particular ad appears in the timeline, or how personal data will be used for promotional purposes within and outside of Facebook, so that the user can determine which ads he sees or not.

Facebook makes no secret of the fact that it still wants to collect and use the data of its users, however, claiming it would be in their users best interest: The experience would be enhanced by optimized location tracking with matching information, such as the display of restaurants nearby. Further, it should soon be possible to buy conveniently from Facebook directly, without having to leave the platform, and eventually the social network asks its users to give access to their device information, such as location services on their mobile, in order to provide optimal functioning of the apps.

The new update brings in fact no changes regarding the sharing of information with advertisers. In its privacy policy, Facebook states: "In some cases, we share with advertisers and their service providers and partners the information we have collected on their websites or in connection with their advertisements (…)  to help provide, understand, and improve our services”, confirming that “only non-personally identifiable information (such as cookie identifiers) are shared.”

So far, Facebook has made use of peoples’ activities on Facebook pages, but in the future will also consult signals from other websites and apps, since interest-based advertising is an international industry standard by now.

“So where a cookie-based measurement platform would not be able to understand when one person is served on a home laptop, an office laptop and a mobile phone, people-based metrics would. This discrepancy impacts not only reach, frequency and attributed conversions for marketers, but also real business results”, Facebook believes devoutly.