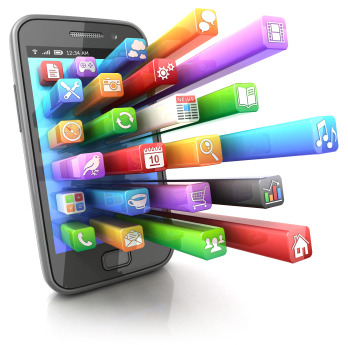 We‘ve pulled out the information relevant to SMS marketing for your convenience:

SMS - the king of mobile messaging

Mobile IM users will exceed 1.3 billion by 2016: “While IM services have some advantages, such as real-time communication and apparent absence of cost, the market is fragmented by different services [AOL’s AIM, Blackberry Messenger, Microsoft’s Windows Live, Skype and Yahoo! Messenger] which cannot communicate with each other.”

Informa (May 2012) predicts that the IM market will be worth US$16 billion in 2016, of which mobile operators will take 54% of revenues and OTT messaging service providers, such as WhatsApp and iMessage), will take 46%. Also in 2016, mobile e-mail will generate $32 billion in revenues and MMS $20.7 billion.

The impact of OTT messaging services

OTT messaging services, also referred to as next-generation messaging services, offer Web-based messaging services to mobile users who subscribe to the same service (and/or use the same handset). Assuming the customer has a flat-rate mobile Web package these messages are free or almost free. While these services are often earning negligible revenue for the OTT service providers, they are taking messaging revenues from operators as well as contributing to ever increasing data traffic on mobile networks.

Ovum (April 2012) predicts that network operators will lose $23bn in mobile messaging revenue in 2012, as they lose custom to IP-based (OTT) social messaging services such as KakaoTalk (South Korea), WhatsApp and Facebook.

Juniper Research (May 2011): By 2016, application-to-person (A2P) messaging will overtake person-to-person (texting) messaging, being worth more than US$70bn.

A2P messaging includes messages to or from an application to or from a large number of customers in financial services, advertising, marketing, business administration, ticketing, television voting etc.

Global expenditure on mobile ads (search, display and messaging) in 2011 was US$5.3 billion, according to IAB and IHS Screen Digest (June 2012).

Search draws in the most revenue with $3.3 billion and expenditure in Asia exceeds North America and Europe.

2011: Mobile ad spend in US$million, according to IAB and IHS Screen Digest

mobiThinking note: Definitions of the mobile advertising market vary, some estimates include mobile messaging alongside search and display ads – e.g. IAB (above) – some do not – e.g. Gartner (further below) - which leads to some discrepancy between data.