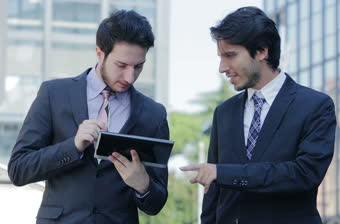 Opera Software recently revealed that encrypted video, also known as HTTPS video, have been increasing in share of the overall global video traffic sent over mobile operator networks over the past year, including video from globally popular content providers.

Because of its protected nature, this video content previously could not be optimized to fit available network capacity, leading to its taking up a disproportionate share of network bandwidth. This, in turn, has led to a poor viewing experience for millions of consumers.

Thanks to a breakthrough by Opera’s Rocket Optimizer, the recent emergence of encrypted video traffic can now be tamed by adding encrypted video optimization to enhance quality of experience for mobile operators’ customers.

Third-party encrypted video traffic is a puzzle that many operators have turned to video optimization experts such as Opera to solve. Today, Opera has announced that its NFV-based Rocket Optimizer solution can now detect and optimize this encrypted traffic in milliseconds, ensuring a first-rate video-viewing experience for a mobile operator’s customers. Videos can now fit the bandwidth available on the network at any given moment, whether encrypted or not. This is done without decrypting the video itself, keeping all optimized traffic on the network secure and private.

Boost speeds of all multimedia on an operator’s networks

This breakthrough in optimization for encrypted video traffic combines perfectly with Rocket Optimizer’s Experience Assurance functionality, which measures and then mitigates a poor video experience down to the individual subscriber, all in real time – ensuring video sessions free from buffering and stalling. This enhanced detection ability from Opera boosts the overall speed and delivery of all multimedia on an operator’s network.

“Rocket Optimizer already provides the best quality of experience for every subscriber session on the network, and our new capability to detect and manage encrypted video traffic delivers even more value to operators looking to tame the video explosion on their networks,” says Nitin Bhandari, Opera’s President of Network Solutions.

Besides all that, Opera Mediaworks launched in January the Native Video Fund, a program devoted to answering the digital advertising industry’s need for a mobile-first approach to video creative. The Fund, supported by an alliance of top global brands and agencies, provides financial backing for the production and placement of mobile video campaigns in premium, in-app native video environments powered by Opera’s AdColony Instant-PlayTM HD video technology.

All Fund participants will work hand-in-hand with the Opera Mediaworks Creative Team to innovate campaigns according to established best practices for mobile video. Upon launch, the campaigns will be tracked, measured and evaluated for impact and effectiveness, and each campaign will be part of an industry-first research study for native video on mobile.

In addition to funding the production and placement of mobile-first native video creative assets for brands, the Native Video Fund works to elevate premium publishers across categories like entertainment, news, music and social including but not limited to Maker Studios, PEOPLE/Time, Inc., Pinger, Shazam, USA TODAY and more who are taking advantage of AdColony’s feed-based, native video advertising in their mobile apps. The intent is to provide best-in-class, engaging and entertaining video for their users to foster a better app experience.

“While native video is among the fastest growing video formats in mobile, it’s also the hardest to engage users in as they scroll past ads quickly within the content feed,” says Nikao Yang, SVP Global Marketing at Opera Mediaworks. “But if brands can develop truly engaging video creative that is less than 15 seconds in length for native, in-feed environments, then they’ve nailed creative that will engage users across all mobile video environments. The Fund will drive the entire app ecosystem towards that goal.”