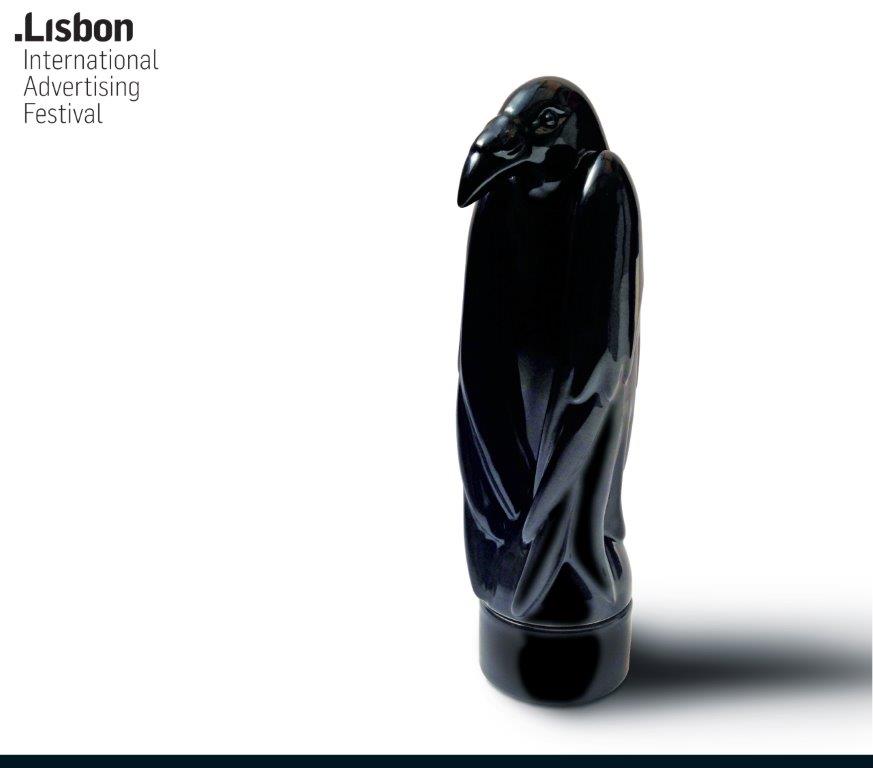 There is still a month left to submit entries to ‘The Lisbon International Advertising Festival” which just revealed its trophy - a crow – which according to the organizer best represents best the Grand Prix, which is entirely black. Along with the gold, silver and bronze figures, the trophy symbolizes serenity and deliberation… Decisions will be made.

Since Cannes Lions International Festival of Creativity just came to an end last week, creatives worldwide could get another chance to flaunt their skills. Especially, since the award show in France has to increasingly defend itself against claims of scams, fakes and plagiarism, casting doubts on its value and relevance.

Well, maybe the creative ad industry needs a fresh breeze? Focusing more on their craftsmanship and less on new technology could help as well?

Or how about entering a new valuation run in Portugal after France? This gives you an additional chance to have your creative work duly honoured, since winning awards seems to be so essential to the advertising industry.

The new trophies measure approximately 250mm in height, were manufactured through a handcrafted process typical from the region of Alcobaça. These take shape in faience – white clay pottery from Leiria – going through two firing stages at 1050 degrees, and the base of these pieces have a unique cork finish – a Portuguese raw material of excellence. The piece was designed by Rodrigo Prazeres Saias, then produced by António Rosa Cerâmicas, integrating the Byfly brand.

You can still compete with the best creatives and hand in your work online until July 29th through the festival’s website: http://www.lisbonadfestival.com/#!entries/mainPage and of course join the award ceremony that will take place on the 14th of September, in Lisbon at Cinema São Jorge - one of the most important theatres in the country.