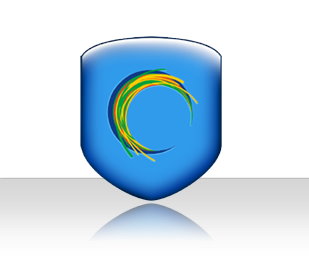 The electronic wiretapping of user data by intelligence agencies such as the NSA has fundamentally changed the behavior of Internet users, the application Hotspot Shield is benefitting from with 250,000 new users per day.

AnchorFree, a global leader in the field of consumer protection, privacy and Internet freedom just recently announced that, in the last twelve months, it has protected 140 million e-mails and 2.3 billion mobile and web messages from chats, news and social media applications from prying eyes with its VPN application Hotspot Shield.

“We are growing right now faster than at any other time in our history. This is due to increasing concerns regarding online privacy and security in the United States and other countries, "said David Gorodyansky, founder and CEO of AnchorFree.

Hotspot Shield VPN seems to be the ultimate Internet security solution that secures your browsing session, detects and blocks malware, protects your privacy and allows you to access blocked sites.

It creates a virtual private network (VPN) between your laptop or iPhone and their Internet gateway. This impenetrable tunnel prevents snoopers, hackers, ISP‘s, from viewing your web browsing activities, instant messages, downloads, credit card information or anything else you send over the network.

Hotspot Shield, the VPN application of AnchorFree, is currently growing by 250,000 new users per day. The program protects and encrypts up to 332,000 social media messages and 40,000 emails per hour.

Hotspot Shield encrypts about 30,000 messages a day on Skype and 3000 on Viber. Even news on Facebook, Twitter, What'sApp, SnapChat and other online and mobile chat services are protected. The type of encryption used by Hotspot Shield is similar to Apple's iMessage. "From the beginning, the protection of users and their privacy has been a top priority for us," says Gorodyansky.

The program is available for PC, Mac, Android and iOS. Every month it is downloaded about 5 million times on desktops and 1.5 million times on mobile devices, so as to protect the privacy of users and to enable secure online communications.

Forbes magazine recently chose AnchorFree at # 6 of the most promising companies in America, since the company’s app Hotspot Shield became the world's most popular Virtual Private Network (VPN) among consumers that has been downloaded so far more than 150,000 million times.

Stay safe at public hotspots and make use of the free download on Google Play, the AppStore or on the company's website - http://www.hotspotshield.com or