Attention: the end of Google Analytics is just around the corner 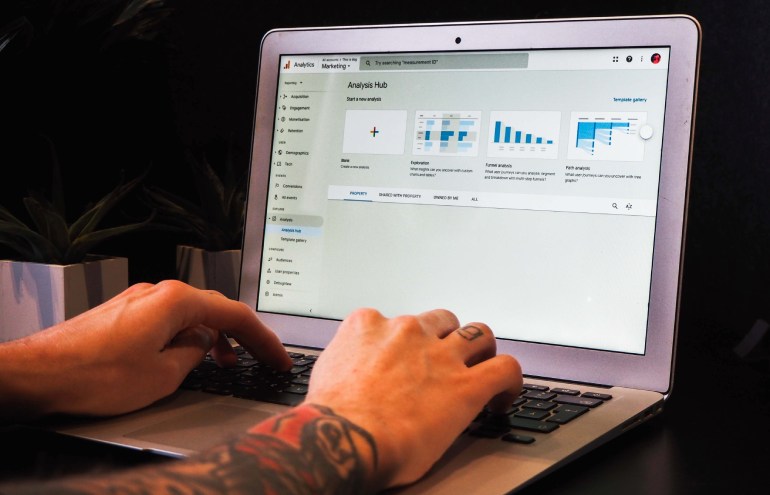 In March of this year, Google announced the shutdown date of the widely used analysis tool Universal Analytics for July 1, 2023. That said, any data you wish to access for future review and analysis should be available outside of Google Analytics as soon as possible since from this day onwards no more data will flow into Google Analytics dashboards. Not to mention that Google has only specified a period of "at least six months" for access to data previously processed in Google Analytics, which means after this time, data can no longer be viewed, analyzed, or exported in Google Analytics.

Apart from that, the data model of Google Analytics has also changed significantly compared to the new Google tool Google Analytics 4 (GA4), which is why you should collect any data that you want to access in the future with other analysis tools. Not only the pure data access has to be considered, the link to the advertising accounts and campaigns is also affected by the deactivation of Google Analytics. In other words, if there is an association between Google Ads and a Google Analytics property, disabling Google Analytics will result in no data being sent to Google Ads from that point forward. For example, imported Universal Analytics goals or e-commerce transactions can no longer be bid and defined audiences can no longer be used. Affected companies must therefore switch to GA4 or other analysis tools in good time, and if this step is omitted, the campaigns must be set up independently of analysis data.

GA4 is officially the successor version from Google for web analysis but it has to be seen as a completely new version and not a successor tool, since the basis of the two variants is so different. While Google Analytics is based on a session model, in GA4 the focus is more on users and events. The duration of each session is important as the user's activity is usually automatically recorded as a new session after more than 30 minutes of inactivity. However, if a user leaves the website and returns within 30 minutes, the original session continues. But unlike Google Analytics, GA4 does not open a new session if the campaign source changes during a session.

As a result, the numbers in the two tools are only comparable to a limited extent. One more reason to switch to a new tool as quickly as possible and use it to collect data and create analyses.

The conversion requires a good roadmap and should run in parallel for a long time due to the different data models. Dashboards, interfaces, and Google Ads integrations must be put to the test. When using both tools in parallel, many users will find that the number of sessions in the Google Analytics 4 property is lower than in the Universal Analytics property for the same event and time period. The reason for this is the different data models mentioned.

With the knowledge that the results of GA and GA4 will not be identical, it also makes sense not to simply mirror the Universal Analytics account when setting up GA4, but to completely rethink the structure. It's a good opportunity to review data, reports, and analysis to see if you need it.

Don't forget to check the dashboards as either new dashboards are required, or the interfaces need to be adapted to GA4. Unfortunately, from a data protection point of view, the use of GA4 changes relatively little compared to the expiring Google Analytics.