Brain-Computer Interfaces, AI, and Androids: are we keeping the upper hand? 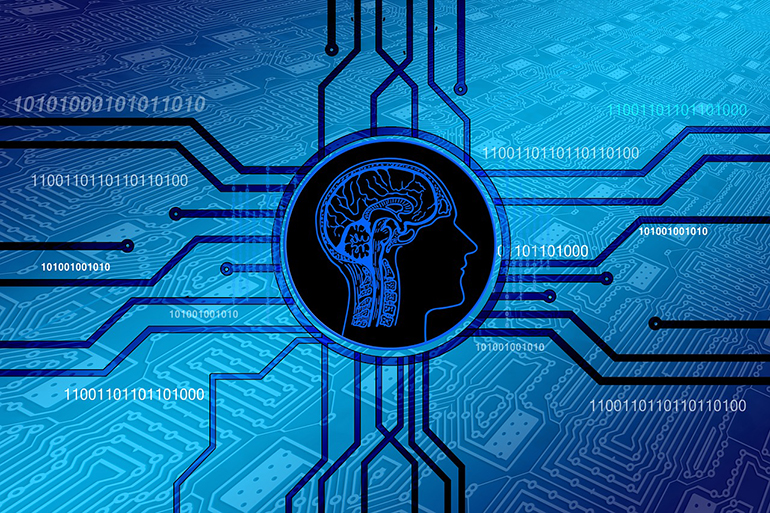 The way the user will communicate with computers in the future is in for a big change. After keyboards, mice, touchscreens, gesture and voice recognition, the avant-garde computer research relies on so-called brain-computer interfaces. The novel interfaces should allow the user to control more complex applications directly with the power of thought. Background of the development is the invention of ever more powerful artificial intelligence (AI).

What is a brain-computer interface?

A brain-computer interface (BCI) is an interface between brain and computer. The power of thought is translated into digital output commands. There are two ways of measuring brain waves: noninvasive and invasive. In the first method, brain activity on the scalp is measured by electrodes. A disadvantage lies in the inaccuracy of the measurement results. The second, the invasive method, is measured with a small electrode directly in the brain. This method allows far more accurate measurements of our brain activity, and Elon Musk does not hesitate to favor a minimally invasive procedure. The company Neuralink, which he co-founded in 2016, intends to introduce a revolutionary product soon.

Cyborg or Android - Which concept will win the future?

A cyborg is a person who uses technological enhancements to increase his capabilities. Already today there are prostheses or hearing and visual aids, which prove the first steps in this direction. But it does not have to be about providing help to physically handicapped people. Technological development will also be used to improve an unimpaired person. An exoskeleton enables a paraplegic to go walk again or gives a 'healthy' superhuman strength and endurance. Using an implant that makes a brain communicate with a computer also turns a person into a cyborg. By contrast, an android is a human-like machine, such as the robot known from the movie Terminator and the character Data from the Star Trek series. If you look at the Boston Dynamics robots, it's easy to see how close science fiction and current reality are.

Two developments are facing each other: the technological expansion of bio humans (Biomeschen) on the one hand, and the humanization of robots. Which line of development will gain more importance in the future can’t be foreseen yet, but pioneers of this development, such as Elon Musk, see the challenge in the future in the fact that AI will outstrip the intelligence of humanity. In order to avoid a substantial threat to our species from this development, Musk recommends the connection of the human brain and artificial intelligence. Only if we grow integrative with technological development, and even enter the digital space, can we keep future AIs under control.

Are we in danger?

What would happen if BCIs or the servers on which the interactions take place are targeted by a cyberattack and hacked? Not only human-generated information could be stolen for the benefit of the attacker, in the worst case, a digitized soul would be completely deleted or altered so that its original identity would be lost. Many questions remain unanswered here. If, for example, a citizen who is interactively connected to a BMI is still allowed to vote in the democracy process, how can one ensure that his or her voice has not been manipulated by hacker attacks and how is that voice rated? For all technological challenges, the ethical issues involved, and their social implementation will continue to concern us for a long time.

What does this mean for the mobility of the future?

The above developments will have many influences on our understanding of mobility. Through an advanced brain-computer interface, we could hook into an android and control it as if it were our own body. Instead of physically traveling to a distant place, we could, for example, take control of a work robot from our current location and have it done anywhere in the world.