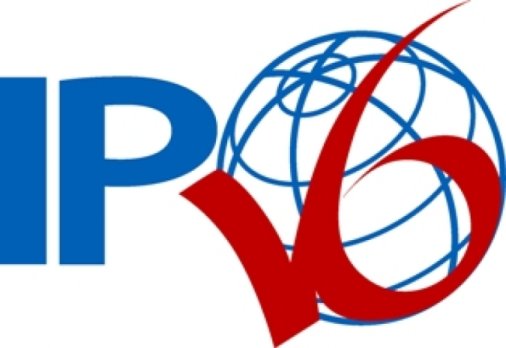 The recent Gogonet Live IPv6 conference in San Jose, California was the scene of outstanding presentations illustrating US progress in IPv6 deployment, especially in the Federal Government as several administrations including Veteran Affairs, NASA and the Department of Defense shared their experience and progress towards IPv6 adoption. As of this early December more than 450 federal government websites were accessible in IPv6, in compliance with the Government mandate to make public facing parts of the internet including websites and e-mail accessible in IPv6 by September 2012.

Despite regular criticisms and delays, the Government has done a remarkable job. Furthermore, the NIST compliance report is wide open to public scrutiny and leaves the agencies no place to hide. The US Federal Government is definitely deserves top marks stop in the global Government category.

Interestingly NIST also keeps tabs on IPv6 support for the .edu and .com domains. Contrary to the Federal Government, the education sector and the enterprise sector are most disappointing. Only three universities score in the three required categories: DNS, website and e-mail IPv6 enabled. They are UCLA, Weber University in Utah and Garner Webb in North Carolina while the major names in US education often scored perfect zeros in most cases. In the .com category we see only three companies achieve a perfect three. By this measure, education and even more so the enterprise sector still have a long way to go. The majority of big names amongst suppliers and service providers who claim to be on top of their IPv6 game failed to make the mark. It will be interesting to monitor their progress in 2013, not only in North America but worldwide.

Another most relevant perspective from where to identify best performers in the class of 2012 is the access network. Here, IPv6 preference per originating AS, as compiled by APNIC, continues to provide an excellent tool. Moving the Research and Education ASes which clog the top ranks to a separate category causes a clearer picture to emerge, showing the evolution of IPv6 adoption in the global ISP world, reaching out close to the fringes of the internet ecosystem.

This ranking requires a weekly reading as the classification evolves really fast. A December 6th reading allows us to identify a cluster of seven ISP’s leading the pack: RDSnet of Romania, Proxad Free of France, KDDI Japan, Hurricane Electric, Verizon Wireless and AT&T of the US and XS4ALL of the Netherlands. The presence of Verizon Wireless in this cluster is yet another testament to the growing weight of LTE on IPv6 adoption. Quite a number of big names in the global telco world have to wear the dunce cap however this school year.

Only KDDI has consistently represented Asia in this commercial ISP ranking and should be applauded.

Another way to ferret out best performers is the content side of the ecosystem, where the Alexa ranking of the world’s one million most accessed websites is the best instrument. If we test the top 50 sites to see whether they are accessible in IPv6, the only Asian sites passing the test are QQ.com (China), Google.in (India), Google.co.jp (Japan) and Google.co.hk (Hong Kong). With the exception off QQ.com, all other top 50 Asian content providers who include Baidu.com, Taobao.com, sina.com.cn, weibo.com, 163.com, soso.com and sohu.com all failed the test.

Although the US currently dominates the rankings with Google, Facebook, Youtube, Yahoo and Wikipedia in the top ranks as well as blogger.com, a number of other major US sites fail to make the IPv6 list, including Windows Live, Twitter, Amazon, eBay, MSN, Microsoft.com, bing.com, paypal.com and adobe.com. If you want to try whether a given website is accessible in IPv6, I suggest using this little tool. You can test whether www.tatacommunications.com passes the test.

Cisco now also provides a set of quite interesting country based IPv6. Their content map based on the proportion of IPv6 accessible content shows the Czech Republic in top position while China and Japan stand out, rather surprisingly, as having amongst the worst scores overall.

Top of the class in 2012 for access and by far has been Google. China’s QQ.com saves Asia’s honour.

This metric provides a measure of the overall penetration of IPv6 into the global IP network traffic. Success of this measurement essentially depends on end to end IPv6 readiness between end-user and the resource accessed. This implies an IPv6 ready operating system in the end device, an IPv6 ready CPE - Customer Premise Equipment, DSL or cable modem and router. Traffic statistics from major internet exchanges such as AMS-IX in the Netherlands provide a good perspective while tools such as Renesys and Arbor provide excellent AS centered data.

A most significant metrics is the IPv6 preference on the Google scale which has crossed the psychological 1% barrier. This might not seem much but constitutes nevertheless a major milestone as the year started with less than 0.4% and that the number of IPv4 connected users also still continues to grow substantially, fast depleting the remaining address stocks and raising prices for routable IPv4 addresses. Global IPv6 traffic on major global networks such as Tata Communications’ AS6463 is also trending nicely upward, both in absolute volume and as a proportion of total IP traffic. The late autumn bloom of good old IPv4 traffic will also continue for a number of years as existing users also continue to increase their usage in tandem with the continued rise of access speeds and as usage costs continue to go down.

While Asia, especially Japan and China were long considered the undisputed leaders in IPv6 deployment, they let the USA take a clear commercial lead made possible by the combined effort and weight of the US content Industry and the US Federal Government. The US also took the lead in LTE deployment thereby giving added impetus to IPv6.

On the Government side we have IPv6 adoption programs and timeframes in major Asian economies including China, India, Malaysia calling for the transition to proceed in stages, culminating in 2015, while other economies such as Singapore prefer to ‘let the market decide’. All should by now realize that the market has decided and that Governments should lead by example within their respective economies.

My guess is that the US will keep the lead in 2013 and that Asia will regain parity in 2014 and the lead in 2015 in most metrics we described. But where Asia will have lost the real opportunity is on application level innovations and associated revenues that IPv6 will make possible as we move to a hyperconnected world.