Is there a Future Apple Mobile Payment Solution in the making? 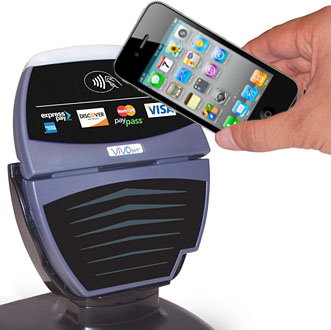 The market for mobile payment methods is highly competitive and the number of service and solution providers is growing right now at a fast pace. Google Wallet, PayPal, MasterCard and Visa already came out of the closet on their strategies and press ahead with their respective market models. And now Apple has received a patent on a control system for mobile payments, indicating that the iPhone maker once again thought further than others and didn’t settle for the obvious solution.

The rumor about Apple’s mobile payments solution actually already started at the beginning of the year, when the company got a patent for a technique that sets financial transaction rules to control subsidiary financial accounts. To no surprise this patent raised questions such as how Apple will handle mobile payments and if and when the company would decide to enter the market, since the innovation could well be implemented into an NFC-driven mobile payment solution. Although the patent basically just describes a graphical user interface for payments made on a mobile device, the claims and embodiments hint that it could be part of a comprehensive transaction system.

Fact is that a future Apple-payment system could offer a number of very useful features for the financial management of private individuals and companies.


From a customer point of view it would make their daily life easier and more convenient. For example, parents could determine on the basis of a regulatory system in which type of store and for what pre-defined amount their children can shop, or employers can set up rules for their employees’ payment accounts on a mobile device.

Since Apple’s patent refers to the use of NFC technology and payment/loyalty cards, which is currently resounded through the land, the debate on, if and when Apple will introduce NFC on its phones and what a potential "iWallet" would look like, is fueled again.


Already in November 2011, Apple had released its new version of EasyPay, whose function allows shopping in the U.S. Apple stores without having to go to the cashier. But how exactly Apple wants to bring a general mobile mPayment service into the market and whether the use of NFC technology comes into play still isn’t obvious and speculations on how such a mobile payment wallet at Apple in detail will look like remain exciting.

Close range communication with the NFC device, for instance, could take place via magnetic field induction, allowing the NFC device to communicate with other NFC devices or retrieve information from tags having radio frequency identification (RFID) circuitry - the NFC device could then provide a kind of connection to a shopping website and communicating with an external server. Besides, the iPhone could include a graphical user interface (GUI) with one or more graphical elements that may be moved by a user to confirm or decline a payment transaction using a selected payment instrument. So-called "movable graphical elements" are used both to signal a user's intent to buy and give confirmation that a transaction has been completed. Or, for example, a user could select a type of payment, possibly represented by a credit card or debit card graphic, and slide the element to a "confirmation position" to make a purchase - just to give you an impression.


Fact is that Apple does not yet have a mobile payment system that includes NFC technology, but the company's iOS 6 already includes the Passbook app which is akin to a limited version of an eWallet. The program is able to carry digital versions of tickets, store membership cards, and airplane boarding passes, but can’t support credit cards or other forms of electronic payment, yet. Still, an iOS device with Passbook can be scanned under a reader to process a mobile payment at participating locations, since the app has context-aware features such as notifications for relevant coupons when in the immediate vicinity of a given store.

If Apple can extend the credit card-supported trust that consumers voluntarily provide to facilitate App Store and iTunes sales, I am convinced the day will come an Apple eWallet “extravaganza” comes to light that will be a game changer. Just think about the sales of two million units of the iPhone 5 in China alone last weekend when it was launched. Not to mention the positive predictions for the huge amount of dollars spent using NFC mobile payment systems. Market research firm ABI Research, for instance, believes that it will break the $100 billion mark in 2016 and is confident that the market will soon take off like a rocket.