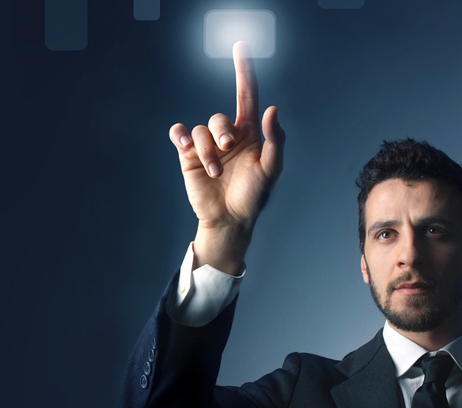 The IEEE Computer Society identified key technology trends for 2015. Interestingly, the organization predicts that this year a number of technologies having their breakthrough, that previously have led more of a niche existence.

1. The time is ripe for wearables

With modern wearables, not only emails and messages can be sent and received or calls be made, but the individual fitness program can be tracked as well, besides many other things. Hence, both major established players as well as start-ups will be actively engaged in this field and develop new devices, applications and protocols this year.

2. The Internet of Anything will really include everything

The ‘Internet of Things’ and the ‘Internet of Everything’ will merge to the ‘Internet of Anything’. Cisco’s prediction of 50 million things being connected via the Internet by 2020 is assumed to become reality. Sensors and smartwatches, smartphones and washing machines, fridges, wearable devices, and much more, will morph into the Internet of Anything, which can be envisioned as a common software "ecosystem" capable of accommodating any and all sensor inputs, system states, operating conditions, and data contexts — an all-encompassing ‘Internet Operating System’.

3. Security by Design gets off the ground

As the volume of data explodes and at the same time the technology to analyze that information steadily improves, security by design gains in importance. Building security into software design and balancing security and privacy are becoming top priorities.

4. Industry gears up to tackle the Software-defined Anything (SDx) interoperability and standards

Several standards groups, including the Open Networking Foundation (ONF), the Internet Engineering Task Force (IETF), the European Telecommunications Standards Institute (ETSI) and the International Telecommunication Union (ITU), deal with the interoperability issues and adopt standards as the idea of using software to control hardware takes hold. Certainly, SDx takes network centralization and virtualization, and especially network control, into the cloud and similar to the smartphone ecosystem, Software-defined networking's programmability will turn various network appliances into a warehouse of apps.

5. Security of cloud is thrown into doubt

The scandal of hacked PCs and smartphones that revealed outrageous photos of celebrities put the issue of cloud security and privacy a growing concern and governance on top of the agenda. Companies expect the cloud to fulfil highest safety standards therefore, various cybersecurity techniques and tools are being developed for cloud systems.

6. 3D-printing gets down to brass tacks

The first 3D-printed car has just become reality at the Detroit Motor Show, clearly showing with its test-drive there, that 3D-printing will become a technology more industries will rely on to stay competitive. The possibilities offered by 3D-printing will revolutionize production because the costs are reduced and the time to market is shortened.

7. Predictive analytics lives up to its name

Business intelligence in 2015 will be less about analyzing the past and instead more about predicting the future. Predictive modeling technologies that have been researched by the data mining community for several decades already are now affecting more and more every facet of our lives.

8. Augmented Reality on the verge of its breakthrough

Mobile apps using augmented reality can help the color-blind see colors, tourists explore foreign places, or shoppers imagine what they look like in different outfits. Due to the availability of inexpensive graphic cards and sensors, and the popularity of applications in such areas as gaming and virtual worlds, Augmented Reality is becoming mainstream.