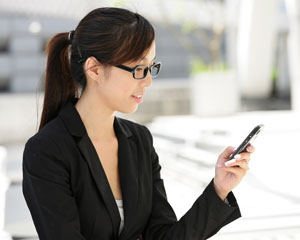 The study compared data usage across a variety of smartphones and connected devices that revealed that so-called “extreme” users are becoming even more extreme, with 1% of subscribers now consuming 50% of all downloaded data.

The study reveals further, that users of the iPhone 4S demand three times as much data as iPhone 3G users and twice as much as iPhone 4 users, who were identified as the most demanding in Arieso’s 2010 study.

It also shows that Google Nexus One users make twice as many data calls as iPhone 3G users which is consistent with Arieso’s 2010 results. What’s really crucial is the fact that the capacity issues plaguing mobile operators around the world will most probably worsen in 2012.

“The introduction of increasingly sophisticated devices, coupled with growing consumer demand, is creating unrelenting pressure on mobile networks. The capacity crunch is still a very real threat for mobile operators, and it seems to only get harder in 2012,” commented Dr. Michael Flanagan, CTO, Arieso and study author. “The mobile industry needs new investment and new approaches to boost network performance and manage the customer experience”, he added.

The Arieso analysis compared user data consumption of the latest smartphones against the iPhone3G as a ‘normalized benchmark’ and found that different users and different devices exhibit very different demands on the network.

There are some very hungry handset users when compared to the iPhone 3G benchmark (iPhone 3G = 100%):

“While the report provides general trends, the studies on which they’re based demonstrate the importance to operators of understanding the increased consumption each type of smartphone brings. Despite stark industry warnings, mobile operators are still playing ‘Guess Who?’ with their subscribers,” continued Flanagan, affirming that without adequately preparing networks to support the new generation of smart devices, operators risk spiralling, misplaced operational expenditure while delivering a sub-par quality of experience to customers. “It’s critical that operators redouble their efforts to limit the impact of this inevitable squeeze.” Flanagan warns, his company has become one the of world’s leading providers of customer centric network management software solutions in less than a decade.

Arieso enables operators to accurately direct investment to meet the increasing demand for rapidly growing data services and delivers with ariesoGEO technology location-aware subscriber information to quickly and precisely boost network performance and enrich user experience. The company has published the detailed findings of its latest studies, conducted using ariesoGEO, together with in-depth analysis in its report Recent Smartphone Trends & the Extreme Data User which is available upon request by sending an email to [studyrequest@arieso.com]